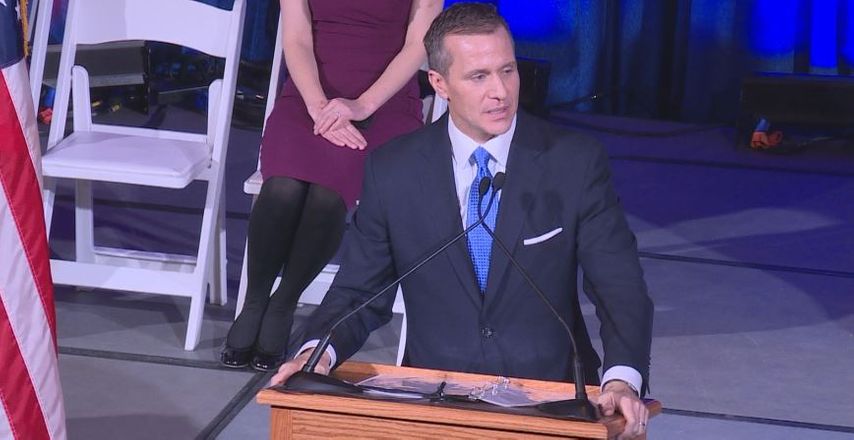 JEFFERSON CITY – Monday marks a new chapter in the state, and some Missourians started the day off early to participate in the historic event.

Two events led up to up the swearing-in of the state's 56th governor.

Missourians spoke about the significance of this event.

“I’m just looking forward to prayer, I think that all of our politicians and our statesmen and people running this state and our country need to have prayer behind them and I think there’s power in that and that’s what I’m looking for,” said Jacky Nace, a Ballwin Missouri resident.

“I think its important that first we hear the voice of the lord and try to follow his leading as best we can," said Nick Myers, a Joplin Missouri resident. "I am glad the governor elect decided to do this today and I think it's important that the people join him in it.”

“I’m looking forward to joining others in prayer for our state and to ask god for guidance and wisdom for our leaders for the future,” said Sara Walsh, an Ashland Missouri resident.

The next event on the inauguration day schedule was the Honoring our Missouri Heroes event, which started at 10 a.m. in the Missouri State Capitol Rotunda.

Governor Eric Greitens recognized Missourians who have made a big impact or sacrifices in their fields.

A few of the people being recognized told me they appreciate the event.

“It’s humbling first of all but its also very great to be recognized for the work that you do in your community, for all of us everyday that do this job." said Sargent Tony Coleman with Monroe County Sheriff's Office. "We don’t do it for recognition, we do it because we feel it’s the right thing for us to do so its really an honor that somebody recognized that the work we do had an impact on our community.”

“It was great to be recognized, it was great that the governor was recognizing public service people around the state and we appreciate it,” said Chief of Police John Albright at the Monroe City Police Department.

Their families also enjoyed this inauguration day celebration that was a little different than years past.

“I saw my dad John Albright get recognized today, I think it's cool and terrific that he got to do this and I’m proud of him,” said Kaden Albright.

Greitens' next event was his swearing-in ceremony as the new governor of Missouri.

The last event on the schedule at the capitol will be the Salute to Service Inaugural Ball at 7 p.m.