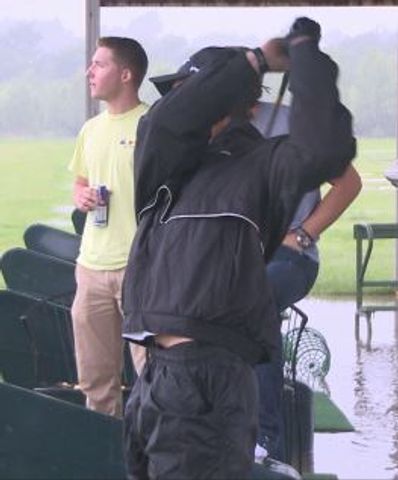 COLUMBIA - A rainy summer season in mid-Missouri is having an impact on local businesses.

Perche Creek Golf Club has negatively been affected by the weather. Whenever heavy rainfall hits the area, water tends to pile up on the club's driving range and golf course.

"It's obviously frustrating being a golfer, being in the business for 20 years, you kind of start to think that once July comes around, the hot season is going to come in and it's going to be nice and there's going to be people out playing," Neisen said. "So when you catch a day like today where it's 65 degrees and it's raining, it's definitely frustrating but you never know what kind of hand mothernature is going to deal you. So you just kind of deal with it and do the best you can."

Neisen said that no matter where golf courses are located, every club is going to face issues when dealing with significant amounts of rainfall.

Neisen also said he has never quite seen rainfall like this before.

"Growing up in the Midwest, I've seen rainfall like this but it's been a long time since I can remember it raining this far into the season," Niesen said.

According to the Missouri Climate Center website, "preliminary rainfall data for Missouri indicate a statewide average of 7.50 inches, ranking it the 9th wettest June on record, and the wettest June since 1981."

Despite the weather conditions, Neisen said the club is doing the best it can to stay positive and provide for its customers.

"We've got some plans to make things a little more suitable for people when the weather is not so good, and fingers crossed going into the fall and into next year that this isn't a problem again," Neisen said.

Neisen said the club is open even if it rains, and some of the plans include providing more canopy cover for its guests.