EXCLUSIVE: Family of suspect killed during standoff says 'he thought his life was over' 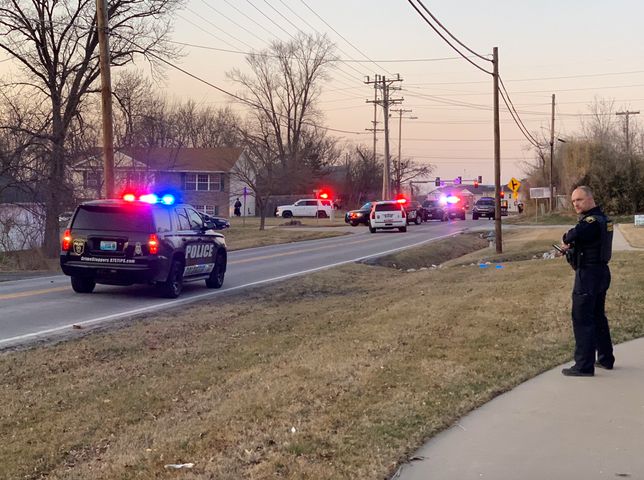 COLUMBIA - Columbia police identified the man who died Thursday during a standoff and officer-involved shooting as 34-year-old Curtis Haas.

In a press conference on Friday, Columbia Police chief Geoff Jones said the officers were trying to serve an arrest warrant to Haas for child molestation.

CPD said around 5:30 p.m. officers, at the request of the Missouri State Highway Patrol, arrived at Sun Court near Rock Quarry Road and Grindstone in Columbia. Haas was reportedly trying to leave in a car. Jones said officers tried to stop Haas, but he drove into the garage of his house. The situation then escalated when Jones said Haas pointed a gun at officers and barricaded himself inside the house.

Police, including SWAT team members, negotiated with Haas for hours. At some point, CPD said Haas fired his gun at officers from an upstairs window and officers fired back.

A short while later police used a drone and a robot to enter the house. Based on the drone footage police saw, officers entered the house and found the suspect dead.

Officials will perform an autopsy to determine if Haas died his own gun or from officer's shots.

CPD said there were multiple weapons in the house and a large dog.

"It's important to note that guns were staged throughout the residence and furniture barricaded the doors," Jones said. "It was clear that he was preparing for this."

Haas' father and sister spoke exclusively with KOMU 8 News at the scene Friday. His father said he was with police on Thursday night to help them convince Haas to surrender.

"He thought his life was over so he did what he had to do," Hass' father said.

When our reporter asked them about the child molestation accusation, they said "We're not going to talk about that."

Chief Jones said the three officers involved in the shooting have been placed on administrative while the investigation continues per CPD protocol.