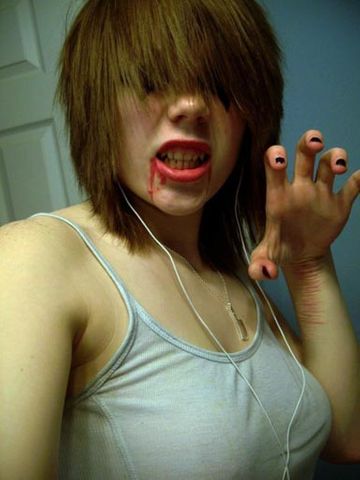 COLE COUNTY - The sentencing of 17-year-old Alyssa Bustamante this week will end a two-year case that began when a nine-year-old Cole County girl disappeared on Oct. 21, 2009.  Bustamante will appear at the Cole County Courthouse Monday at 9 a.m. in Judge Patricia Joyce's private courtroom, where testimony from the prosecution will commence.  Defense Attorney Donald Catlett has indicated family members of Bustamante's victim will provide "victim-impact" evidence--describing the traumatic ordeal that put the small Cole County town of St. Martins into the national spotlight.

On October 21, nine-year-old Elizabeth Olten disappeared while walking home from a neighbor's house on Lomo Drive.  A family friend said Olten's mother knew something was wrong when her daughter was late for dinner, as she was afraid of walking through the woods in the dark.  Authorities, family friends and Cole County residents participated in a two-day search through the county's wooded terrain.  On Oct. 23, Cole County Sheriff Greg White received a tip that led authorities to a suspect--then-15-year-old Alyssa Bustamante, whose house Olten was believed to be playing at before she went missing.

Bustamante led authorities to the body, found in one of two shallow graves behind a barn farther down the street.  Juvenile authorities charged Bustamante with first-degree murder on Oct. 28, the same day as Olten's funeral, but she later pleaded not guilty.  The prosecution lost what could have been critical evidence when Judge Joyce discarded Bustamante's confession as evidence.  According to a court order, a juvenile officer used "deceptive tactics" in interrogating the girl.

Prosecuting attorney Mark Richardson cancelled Bustamante's scheduled trial on Jan. 31 of this year when he offered the teenager a plea deal on Jan. 10.  Bustamante pleaded guilty to a reduced charge of second-degree murder and armed criminal action.  In her sentencing, set for Monday and Tuesday, she faces 10 to 30 years or life in prison with parole.  In pursuing the minimum sentence, her attorney has indicated he plans to give the judge an idea of "who Alyssa is" by detailing her family background and recent mental evaluations.

Catlett confirmed Bustamante was on the anti-depressant drug Prozac since a 2007 suicide attempt.  Her father, Ceasar Bustamante, currently is in a Missouri prison serving three concurrent terms for felony assault.  Court records confirm her mother, Michelle Bustamante, has a history of misdemeanor convictions for drunken driving and marijuana possession.  Since she was seven years old, Alyssa Bustamante has been in the custody of her grandmother Karen Brooke.

The judge could impose a sentence as soon as testimony ends on Tuesday.  Catlett said once sentenced, the state will gain custody of Bustamante, and she will be transferred to a high-security women's correctional facility in Vandalia or Chillicothe.  She must serve 85 percent of the given sentence for the homicide charge before the possibility of parole.