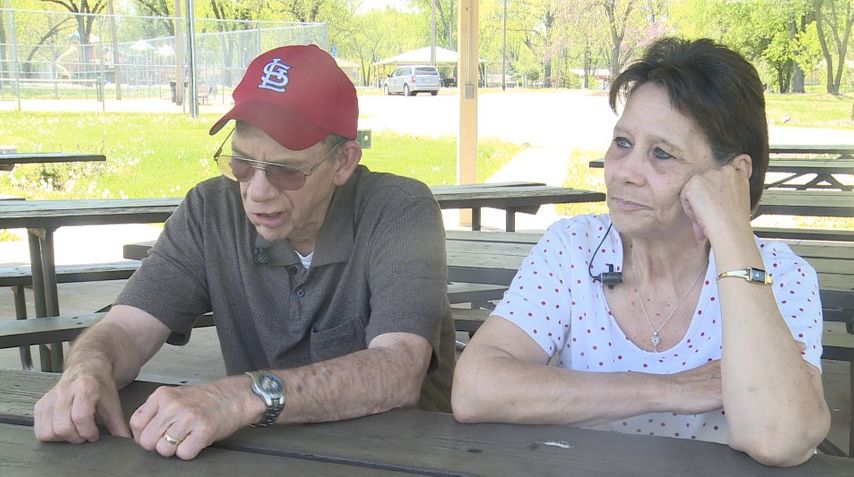 CENTRALIA - Tim Watson Sr. said he can recount exactly how he found out about what happened to his daughter, 35-year-old Molly Watson.

"It was 2:30 in the morning," he said. "I seen the lights flashing in the driveway, so I didn't hesitate to open the door. We pretty much knew right then that something had happened."

Molly's body was found outside her car around 10 p.m. on Friday, April 27 on a gravel road in Monroe County. She was set to get married to 51-year-old James Addie, two days later. Addie and Molly met working at Moberly Correctional Center in Randolph County and were together for seven years. Molly's brother said the pair would meet up in Monroe County where Addie was from.

Less than a day after Molly was found dead, Addie was arrested and charged with first-degree murder. Investigators discovered Addie was already married. According to court documents, his wife of 22 years said she wasn't aware of Addie's other relationship with Molly.

"She didn't know that he was married either. She had no clue," Sandi said.

Molly's parents said Addie never asked them for her hand in marriage. They also said they didn't agree with Molly's decision to marry Addie, but still supported their daughter because they trusted her to make her own decisions.

They said in the few times they met Addie, he kept to himself.

"He was just always very standoffish. He'd look down when you talked to him. Very short responses," Tim said.

"He would never look you in the eye," Sandi said. "I can't understand why Molly, of all people, would put up with that. Sometimes I think maybe she was just scared to walk away."

Addie is scheduled to be in court for a criminal motion hearing on May 22 in Monroe County. Both Tim and Sandi said they plan to be at the courthouse during the trial, in the hopes of finding out why Addie killed their daughter.

"Maybe he'll actually tell us why he thought he had to do that," Tim said.

"If he would just say that, I know it's not going to help anything, but why kill her? Why? Molly never hurt a flea. Why would he kill her?" Sandi said. "That's what I want to know. What happened that made him kill her?"

Molly's older brother, Tim Watson Jr., said he also plans to be present during the trial.

"I'd rather personally be there to represent my sister. I know if it was the other way around, she'd do it for me. I know she'd devote everything, right there, for me. That's just my baby sister. I'm looking out for her even after death," he said.

"We just want to tell her that we love her very, very much. Always will. Always have. And she knows that," Tim said.

Molly's family has an online donation page, which her brother said, "100 percent of donations will go towards funeral expenses."