Execution by Tigers Helped in Win Over Vanderbilt 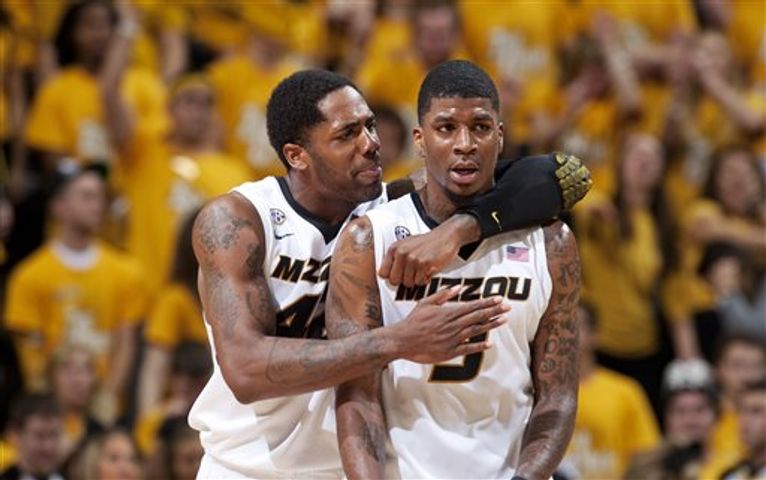 COLUMBIA -- The Missouri men improved to 15-4 after beating Vanderbilt 81-59 Saturday.

A breakdown of the game shows where the Tigers were able to exploit the Commodores.

Mizzou dominated Vanderbilt Saturday thanks in part to a 29-2 run before the end of the first half.

Senior Alex Oriakhi attacked inside early, scoring 6 of his 18 points in the first five minutes, gaining some help from junior Phil Pressey.

Pressey had been prevented from penetrating the last few games, but Vanderbilt gave him just enough space to cut through. Defensive slides off of Oriakhi in order to stop Pressey's drive left the big man free for multiple dunks.

"When he posts hard, he's big and he's active. You know, he's a tough matchup. People are going to have to adjust how they try to guard him," head coach Frank Haith said.

Mizzou had been outrebounded the past four games but dominted the glass against Vandy. The Tigers had a 40-18 edge over the Commodores, led by Oriakhi's 12 boards.

"I take credit for that," Oriakhi said. "Rebounding is something I feel I have a passion for and I love doing so anytime we get outrebounded, I blame myself."

"Oriakhi's a load in there. He's a tough guy to box out. And he had his way with us today," Vanderbilt coach Kevin Stallings added.

The Tigers got it done from outside, also. In the past two games they shot under 22 percent from the three point line and started just one-for-six Saturday. They turned it up after that, making 10 of their next 15.

"They were sure seemed to be open. So they were either executing real well or we were playing awfully poor defense. Or both," Stallings said.

Junior Earnest Ross found himself open and stroking threes often thanks to the Pressey and Oriakhi pick and roll. Slow rotations and compact defense left Ross wide open on the wings. This combination of excellent execution and poor defense was a big part of the first half run.

Mizzou will look to take this momentum with them as four of their next six games are on the road, starting with a visit to LSU on Wednesday night.