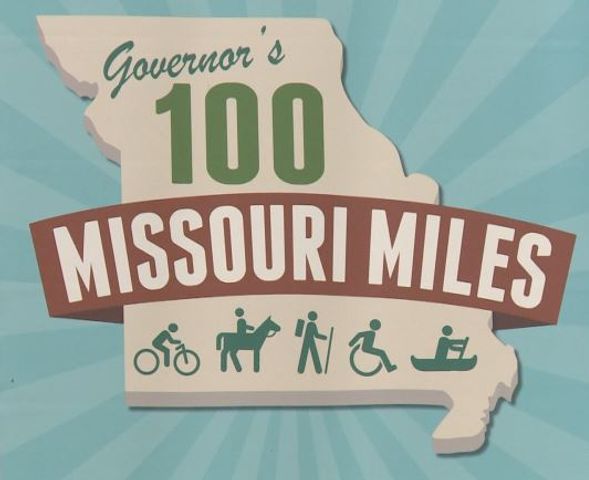 JEFFERSON CITY - It was off to the races for many Missourians participating in the third annual Governor's 100 Missouri Miles Challenge at Katy Trail State Park.

The governor challenged every Missouri resident to reach 100 miles of physical activity by the end of the year through walking, running, biking or swimming.

In previous years, over 20,000 Missourians participated to log over 3 million miles of activity.

Not only does the challenge benefit the overall health of Missourians, it also helps promote the parks and trails in the state.

This challenge came about after Missouri was named the best trail state in America in 2013 by American Trails.

Since the challenge began, the Missouri State Park Director said he noticed a rise in attendance at Missouri parks.

"We've seen an uptick in activity all over the state," Bill Bryan said. "I think that is because of the sharing aspect and the tag board that you see at 100missourimiles.com that allows people to share their experiences with other people and find new places to go. I think a lot of different parks and trails have seen more experience and more activity as a result of 100 Missouri Miles."

During the challenge, users are encouraged to log their miles on 100missourimiles.com and share their park experiences with other users.

Bryan said this has helped the parks find out what works and what doesn't in Missouri parks.

"We've learned quite a bit about what Missourians want and what they enjoy, and so we've tried to improve the 100 Missouri Miles experience each year," Bryan said.

The best trail distinction only lasts for two years and next month the distinction will move on to another state as Missouri will no longer be eligible.

Still, Bryan said all other states are still playing for second.

"It still would be Missouri, but we are not eligible under the rules," Bryan said. "They are going to have to find the second best state in the nation for trails and name them best trail state because we know that really Missouri is the place with the best trails."