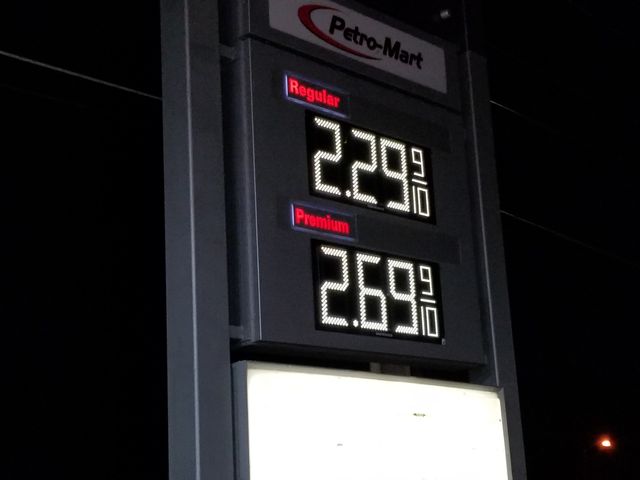 COLUMBIA - Americans can expect a raise in gas prices in 2018, but Missouri might see even greater increases.

The 2018 Fuel Price Outlook released Wednesday by GasBuddy predicts the yearly national average will rise 18 cents to $2.57 per gallon.

That would be the highest since 2014.

The nation’s yearly gasoline bill will rise an estimated $364.6 billion dollars, about $25 billion more than what motorists spent in 2017.

The average household can expect to see their yearly gasoline bill rise to $1,898, up from $1,765 last year. Compared to 2016, motorists will be shelling out $62 billion more during the year.

In addition, The 21st Century Missouri Transportation System Task Force recommends a 10 cent hike in the state gas tax to 27 cents a gallon to pay for statewide road and bridge work. It also wants to raise the diesel fuel tax to 29 cents a gallon.

Both the gas and diesel taxes have been set at 17 cents since 1996.

"The first thing I'm thinking about is my bank account, if I'll be able to afford that," student Tammika Williams said. "But at the same time, there's nothing I can really do about it."

Lawmakers began a roughly five-month legislative session on Wednesday. If passed, the tax hike still would need public approval through a statewide vote.

Tax hikes have struggled to make it through the legislature and voters rejected a sales tax hike for transportation in 2014.

"It stinks," driver Ian Hollander said. "I only make so much, so extra money I'll spend towards gas means taking that money away from something else."