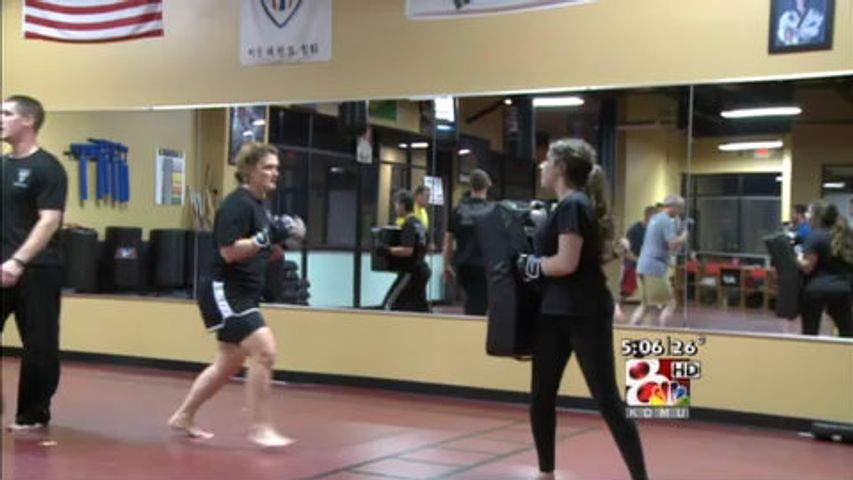 COLUMBIA- A string of burglaries in the east campus area is raising some safety concerns.

Police said a man has been entering homes through unlocked doors in the early morning hours and going into the bedrooms of women while they are asleep.

Officer Latisha Stroer of the Columbia Police Department said that what the man does while in the homes varies from just standing there and staring to using a knife to sexually assaulting victims.

Officer Stroer said, "This is a good time to talk to your roommates about everybody needs to lock the door even when we are home".

The police department has been looking for the suspect. They recently released video footage of an officer chasing a man in a bike who fits the description they have been getting.

Victims of sexual assault have varying degrees of trauma after an incident. True North is an organization in Columbia that offers supportive counseling to victims of power based personal violence, meaning any form or domestic violence, intimate partner violence, sexual assault, or stalking.

Kim Scates is a counselor at True North. She said that she decided to follow this field when she was a sophomore in college.

Scates explained that trauma effects everyone differently. Most of the time people experience stress reactions or symptoms of post traumatic stress disorder.

"Some people experience nightmares and flash backs, some people have significant anxiety or feelings of sadness or depression. Other times it comes out in somatic complaints [physical pain], so suddenly we are having headaches often or other body aches."

Columbia police said practicing good safety habits is a good form of prevention from sexual assault. There are also multiple self defense classes in Columbia that a person could take to learn important defensive fighting skills.

Jeff Hockman is the owner of Hockman's ATA Martial Arts Center. He has been living in Columbia for 20 years now and feels that it is becoming a more dangerous place. He has noticed an increase in people coming into his business looking for self defense classes.

"We found out that there was a great need for it in the community and since we've done that we've just had a huge response from both men and women wanting to empower themselves."

Hockman teaches Karav maga. It's a fighting system that is designed to teach basic practical movements in defense that will work in most instances.

They also offer a program called SHARP which stands for sexual harassment and rape prevention. A big part of the program is awareness.

"A creep out there doesn't want to get caught and they want to prey on somebody thats weak so that they can feel empowered in doing so. So what you don't want to do is be an easy target," Hockman.

Hockman said that in the situation where you're being awaken, the most important thing is to stay calm. He also said to have things set up around your home that you can use in self defense.

"If you learn to be controlled in a dangerous situation you can breath, give yourself a chance. Sooner or later there is going to be free hands and then at that time you attack vital areas. Reach up attack the eyes, use a non-conventional weapon such as an ink pen."

Both Jeff Hockman and Officer Stroer agree that the biggest factor in prevention is being prepared.