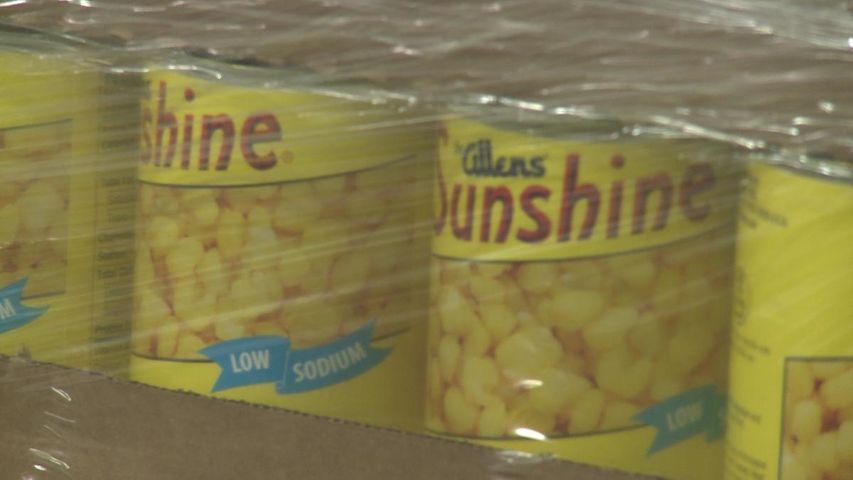 COLUMBIA - Due to a lack of congressional action, the 2012 Farm Bill is set to expire on Sunday, September 30th. The expiration of this bill could mean that many anti-hunger programs across the country could lose access to government-supplied food.

"About one third, roughly one third, of all of the food that food banks distribute throughout Missouri is TEFAP food," Baker said.

Baker said it is important that a new farm bill be approved sooner rather than later so that food banks can have some certainty when it comes to nutritional programs. But despite the uncertainty of the TEFAP program,  Executive Director of the Food Bank for Central and Northeast Missouri Peggy Kirkpatrick said the possible expiration of the farm bill will have very little effect on the food bank in Columbia.

"We do receive some USDA commodity foods, ad we participate in several programs that are federally funded, but they're all under SNAP allocations, and that is not a discretionary item," Kirkpatrick said.

She also told KOMU 8 News that not having to rely on government food is what sets the Food Bank for Central and Northeast Missouri apart from other food banks and food pantries in Missouri.

Kirkpatrick said she sees the federal and state governments as partners rather than a "big brother" or major part of the food bank's operation. Baker said he sees a lot of the angst surrounding the Farm Bill stems from the discussion of significant cuts in the next Farm Bill, "if and when it's ever approved," he said.

"I think there is significant angst in the food banks looking at some of the potential cuts, not only to SNAP funding but TEFAP funding. We rely very heavily upon some of these commodity programs to help fill the inventory," Baker said.

According to Feeding America, most commodity title programs can continue operating even with an expired farm bill through the end of the year. However, the organization said as the new year approaches, farmers will need to take action to avoid outdated price supports to be reversed, which could cause crop prices to rise.