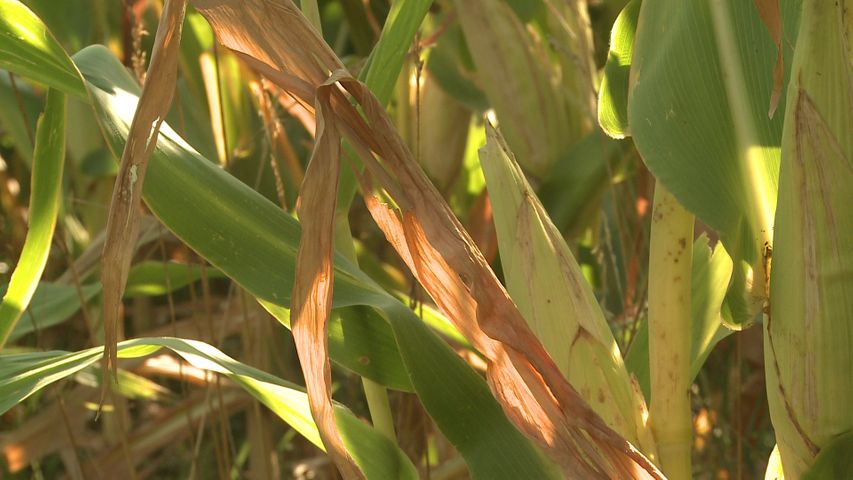 COLUMBIA - Extreme temperatures and lack of rain are threatening the survival of local crops, and the $2 billion the crops bring in to the state.

University of Missouri agronomist, Bill Wiebold, said that the drought is a serious threat to the life of corn and soybean plants. Once corn plants become a shade of blue-gray instead of dark green, they are within 3 days of dying, said Wiebold.

"A few days [of no rain] doesn't really matter but we've gone on several weeks now," Wiebold said. It looks like this coming week is going to be hot again, so we've got some real problems."

Wiebold said that because of the high heat the crops have been experiencing, the leaves of corn and soybeans are flipping and becoming stressed. The rolling of the leaves reduces the crop's surface to sunlight.

Wiebold said that one of the big hazards to the crops is the hot nights.

"That warm [night] weather increases respiration, which burns up the sugars that they made during the day," Wiebold said.

Wiebold said that without an irrigation system, which is rare to have access to, there is little farmers can do to ensure the survival of their crops.

"There really at the mercy of mother nature and there's not a whole lot they can do except hope and pray that not only the warm temperatures go away but that we get some rain as well," Wiebol said.

Wiebol said because soybean and corn are worth over $2 billion to Missouri, the loss of these crops will not only affect farmers directly, but will also cause a ripple affect through the entire state.

"They are a very important crop to our Missouri farmers," Wiebol said. "If [those crops] lose yield it actually will not only influence the income of the farmers but then that translates into local communities. Farmers are consumers too."