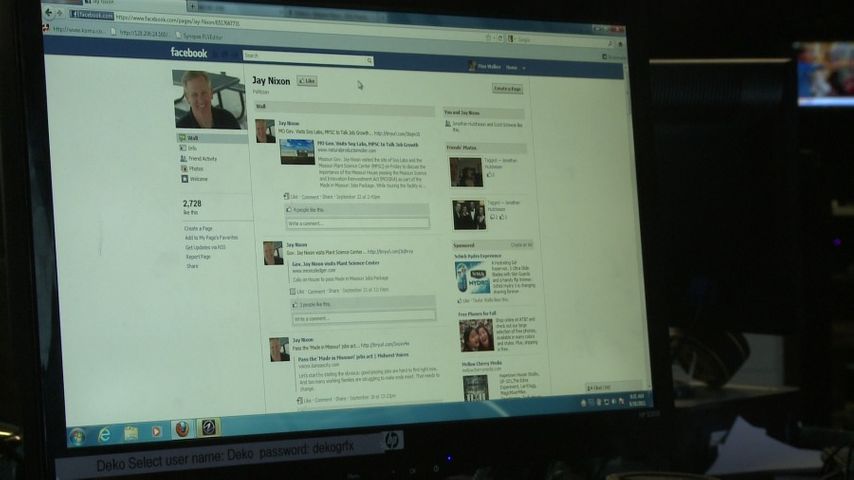 COLUMBIA - Monday marked the beginning of the first week Governor Jay Nixon's office had the revised Senate Bill 54, now called Senate Bill 1 and commonly referred to as the Facebook Law. The old version prohibited student-teacher interaction on social networking sites such as Facebook. The current edition sets a deadline of March 1st, 2012 for individual school districts to create their own policy regarding how teachers communicate with students.

Todd Fuller of the Missouri State Teacher's Association, a group whose lawsuit successfully blocked the implementation of the original bill, says he welcomes the governor's statement that he will talk with school districts and teachers before making a decision on what to do with the updated legislation.

"We welcome the governor to talk to us about the bill so we can arrive at a solution that does not limit teachers while still protecting students."

Dustin Johnson is a junior at Hickman High School. He sees the potential good that can come from interacting with teachers on social networks.

"I think it could be helpful. If I'm online, and so is my teacher, it could make answering questions easier."

"Teachers are just people. They should be allowed to interact with their students if they want to. I doubt teachers would do anything out of line."

Fuller remains skeptical of the bill's chances, despite passing 33-0 in the Senate and 139-2 in the House of Representatives.

"Right now, it's all on the governor. Until he acts, there's not much more we can do."