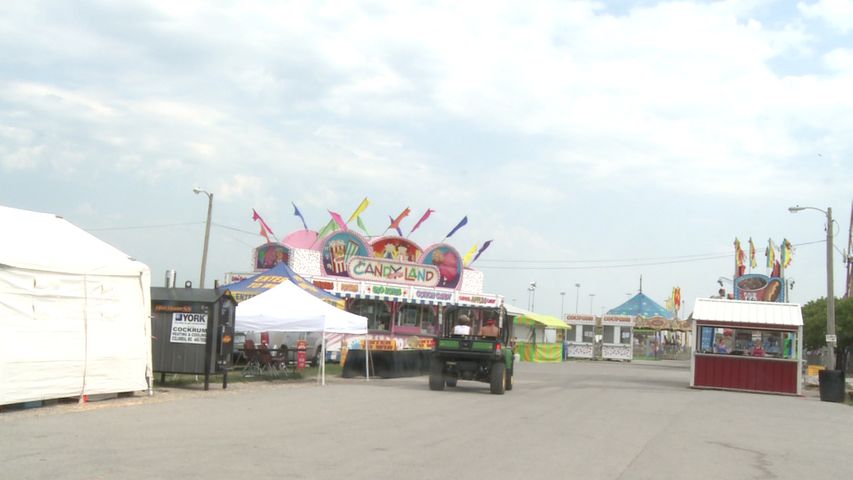 COLUMBIA - Boone County Fairground manager George Harris said Thursday the Labor Day weekend music concert would still go on as planned. That announcement comes after the Columbia Daily Tribune reported on Wednesday that Boone County Sheriff Dwayne Carey was miffed over the short notice from the fairgrounds of the concert.

Harris said he first talked to the sheriff about the plan in June, but formally informed his department two weeks ago when the contract was finally signed.

"I realize that he had already scheduled his officers to a football game, and this was the day that is available for us, and it was the suitable day for them [the concert organizer]. So it was the only time that I had the opportunity to rent the fairground," said Harris.

But Harris said the event organizer is contracted to provide a security team for the concert.

"These people have been here in the past, and we had no problem. So I anticipate no problem at this event, " said Harris.

Missouri Music Festival in St. Louis would host the concert.

"There will be over 100 bands there, rock&roll, country, R&B, hip-hop, DJ, all genres of music," said Jay Michaelf, one of the organizors.

Michaelf said they would hire security team, and would also ask for help from the St. Louis Police Department and the Boone County Sheriff Department.

Harris said the fairground would stick to the contract.

"I think we can make a big issue before it happens, but I think it's wrong to do that. I think it's great to plan, and I think it's good to work at that direction. But as far as not bringing people to Columbia because we have another event, I just have problem with seeing that being wrong," said Harris.

The three-day music concert is planned from September 2nd to 4th. General three-day pass is 60 dollars and VIP pass is 100 dollars for three days.