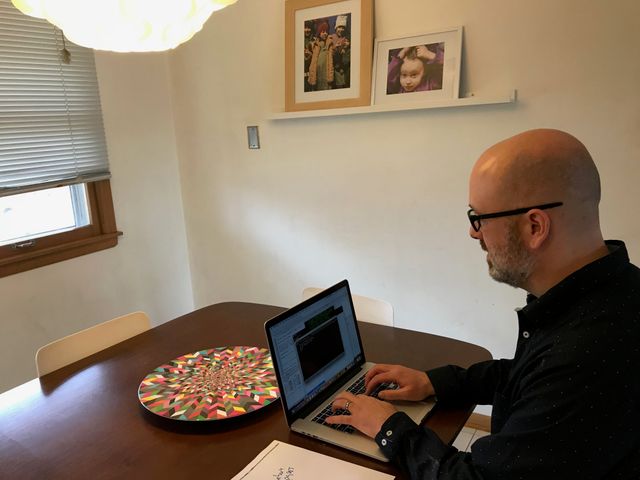 COLUMBIA - Facebook CEO Mark Zuckerberg has been in the media spotlight this week after Congress grilled him for hours over the data breach scandal.

While the face-off between Zuckerberg and federal lawmakers has come to an end, local IT experts told KOMU 8 the fallout from this case will likely continue for years to come for millions of Facebook users.

Sean Goggins, associate professor of computer science at MU, has been studying how social media is used in the U.S. political process.

He said in this particular case, “Facebook had a technical hole in their system that allowed Cambridge Analytica to pull down more detailed information about your friend circle.”

According to a joint report by AP and NBC News, the original data was collected by an academic researcher, Aleksander Kogan, through a personality quiz Facebook app called “This is Your Digital Life.” The report says Kogan paid about 270,000 participants to take the quiz, and due to Facebook’s loose restrictions, the app also scraped data from the participants’ friends - allegedly affecting a total of 87 million Facebook users.

“When you are on Facebook, they own the data."

Goggins said feeding voters with ads that match their social media profiles would only reinforce their existing world views.

Shelly Rodgers, strategic communications professor at MU's journalism school, said in fact, the majority of today’s consumers like to see ads cut out for their profiles.

“Over 75 percent of consumers want personalized ads. They don’t want ads that don’t relate to them,” she said.

Rodgers said although it’s no secret that social media sites sell consumers’ personal information to advertisers, Facebook and its subsidiary Instagram have taken it to the next level.

“Of all the social media that are out there, Facebook and Instagram provide the most available targeting options,” she said.

Facebook uses “all of the data that’s in the user’s personal profile,” including public and private posts, photos, videos, likes, contacts and even messages, according to Rodgers.

“Things about a romance or a health problem or finances or one’s political ideology,” she said.

Rodgers said other sites like Twitter and LinkedIn don’t use “that sort of deep, personal data,” while they focus more on what’s happening on their platforms with keyword searches and hashtags.

She said users should be especially careful when sharing on Facebook, even if they’ve changed Facebook settings to make their accounts as private as possible.

“I would not assume that it is private that it’s not being collected and tracked by Facebook - it is,” she said.

Goggins said Facebook tracks every move of each user, and that it owns all the data on the platform.

“They own what you are doing, and there’s no way to prevent Facebook from seeing what you are doing on Facebook,” he said. “The way to think about it is if you are not paying for something, you are the product.”

Using apps and your information

“So those apps are way more dangerous than people think. They are just not games. They are data collection,” he said.

Sarnecki suggests users to disable any apps on Facebook that they no longer use or trust by going to “Settings,” and then “Apps and Websites.” However, he said doing so still will not prevent actual data breaches, like what happened in the Cambridge Analytica case when private information was stolen without users’ persimmon.

“So, Facebook had lacked policies for their app developers. They gave them too much access,” he said.

Rodgers said social media companies have a responsibility to protect personal data, and that users should be able to opt out of certain kinds of tracking, data collection and third-party sales. She said she encourages Facebook users to start demanding more regulations.

“Consumers have a right to know what personal data there is being collected and sold, who’s buying it and for what purpose. That is really a minimum,” she said.

Goggins said policies need to be made about how ads are presented on Facebook.

“So that Facebook doesn’t become this hyper-focused, hyper-targeted platform for giving people messages that reinforce their own beliefs. So, how do we capture diverse thoughts,” he said. “If you believe that you want more privacy or some oversight of an organization like Facebook, which is really the principal social network for anybody over 25, then people should ask for that.”

Sarnecki said the fallout from the Cambridge Analytica scandal could keep spreading for years to come.

Goggins said although Cambridge Analytica claimed it has deleted Kogan’s data, it might have created “a machine learning model” to continue profiling and targeting Facebook users.

“Because right now, we are only a couple of years past when Cambridge Analytica created those models, the profiles and models they have are likely useful for the next, in my rough estimation and experience, three to five years,” he said.

Rodgers said 9 percent of Facebook users have deleted their accounts and another one-third of users are using Facebook less following Zuckerberg’s congressional hearings.