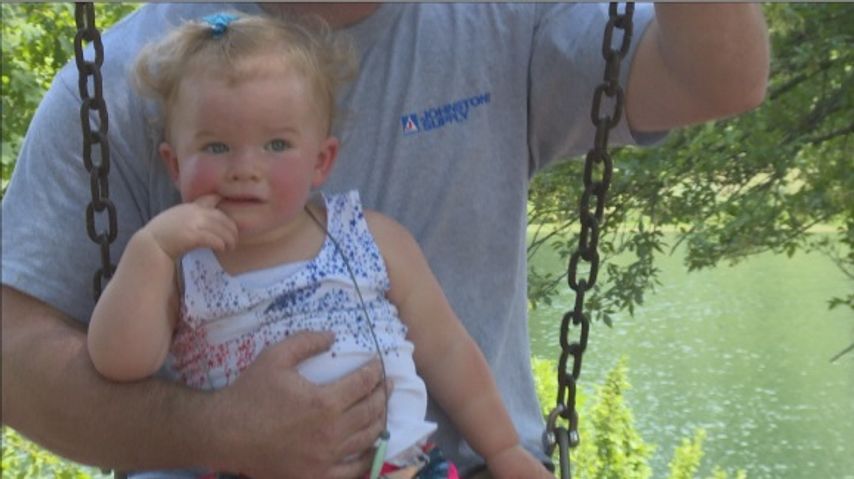 COLUMBIA - Many mid-Missouri families celebrated Father's Day at the park or on the playground Sunday.

"This is what I wanted to do, just relax today," Father Trevor Kemp said.

It's his second Father's Day with his 18-month-old daughter Iley.

"The gift that she got me was a picture of her. And she was holding letters that spell out 'dada' or dad and then a little card with her drawing on it," Kemp said, pointing to his wife Danielle.

But he said Father's Day means something a little different for this family this year.

"I didn't know that the little things mattered until now, so it's awesome," he said. "And we got another one coming, so we're looking forward to it."

Another dad agrees Father's Day is more special with a son of his own.

"Taking time away and enjoying that father time means a lot more now that I have a little one just seeing it from that different perspective," Regis Allen said.

But Allen said he always appreciates time spent with his dad, too. He said they always have fun, even on days like today that don't go exactly as planned.

"I picked my dad up this morning for Father's Day to do a little fishing. We had some automobile issue this morning, so helped him get his car together, you know, had to replace the starter," Allen said.

He said they weren't having any better luck fishing and were working to get their fishing lines untangled. They smiled and said at least they were doing it together.