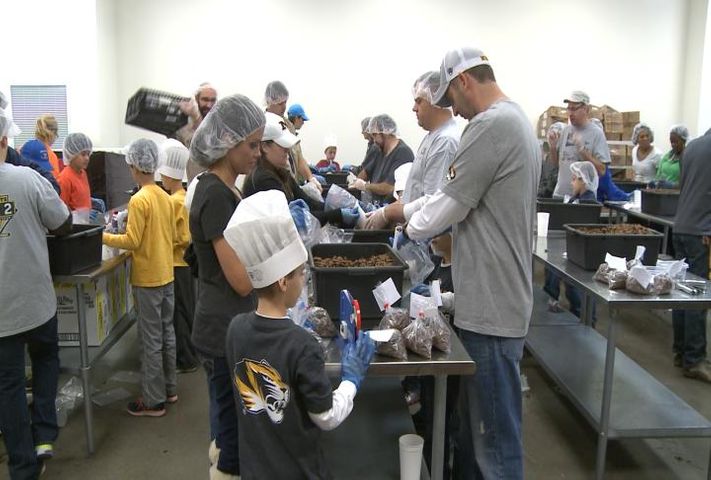 The Food Bank's Communication Coordinator, Scott Gordon, said because there were so many volunteers this year, the organization had to turn some away.

Children from ages four to 10, parents and families spent their Saturdays, giving back to those in need in Columbia and 32 other counties.

Gordon said the purpose of this event is volunteerism.

"This gives kids a chance to see what it's like to go in and volunteer and work for people they don't even know, and get the joy of giving," Gordon said.

Candice Malveaux Andrews said she brought her three-year-old son to help give back in the spirit of Christmas.

"I'm trying to teach him that Christmas is more than just getting presents," Andrews said. "It's about helping others, so I decided to bring him today so we can help out the community."

Most of the food being packaged goes to the Buddy Pack program, which is a weekend supplemental food program for children at risk for having little food during the weekend when school lunches are not available.

Gordon said the Food Bank serves about 6,700 children every weekend for 36 weeks in a year.

Todd Sanders said he brought his two boys and his wife, and he plans to come back again.

"The kids had so much fun today, getting interacted, they really seemed to do their job and get some work done, so we really plan to do it more often as soon as times come up," Sanders said.