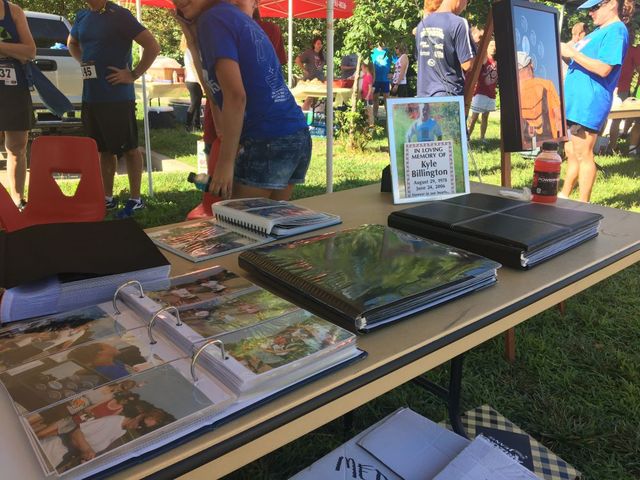 JEFFERSON CITY - 143 runners and walkers came together Saturday morning to honor and celebrate the life of Kyle Billington at the Kyle's Summer Classic 5K.

“He just decided to start running one day and took it to the next level, I mean out of all of us he was the fit health conscious guy and kind of brought a lot of us with him. I mean I'm now a PE teacher because of him,” Rob Clark, a friend of Kyle, said.

Billington was a member of the Jefferson City Roadrunners Club. The group has been putting on the Summer Classic 5K since the 1990s, but after Billington's car accident in 2006 that took his life, members of the roadrunners club came to Jungmeyer and asked if they could rename the race in honor of him.

"Of course I was honored," Jungmeyer said.

"Kyle was an excellent young man...and he was definitely on his way to becoming a great runner just unfortunate things happen," the run organizer John Weghorst said.

Jungmeyer believes the memorial run over the years has donated around $10,000 in scholarships and around $50,000 in proceeds for the Jefferson City High School cross country team.

Kyle's dedication to running has inspired everyone close to him and they continue to run to be with him.

“When he passed that’s when I decided to start running more, I mean I did a little bit, but I took it more seriously. I kind of did it to sort of be with him and this has carried he through the last 10 years,” Clark said

“And this is how we are with him,” Jungmeyer added.

This was the 11th year the run was hosted in Billington's honor and each year it allows family and friends to come together to remember the life of Kyle Billington.