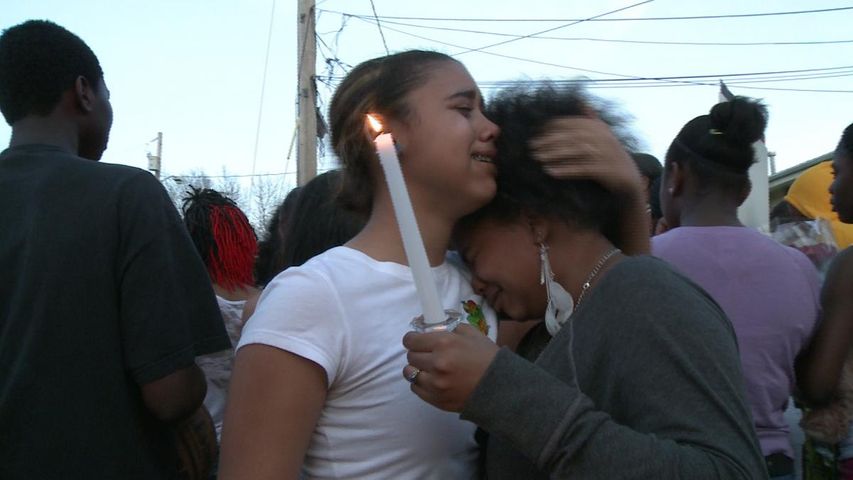 COLUMBIA - Family and friends met on Tuesday night to remember Deaudre Orlando Johnson.  Johnson died earlier that morning after he was shot in the upper body on Monday night.  Johnson's stepfather requested the vigil's location be moved from it's original location on Switzler Street across the street to the parking lot Johnson ran to after he was shot.

The large crowd filled almost the entire parking lot and spilled into the streets and sidewalks.  Family and friends shared memories and tears at the vigil.  Family members took turns addressing the crowd.  One family member said Johnson had just turned 17-years-old.  She said he just got his license and was excited to start driving.

Multiple friends and family members talked about Johnson's skills on the basketball court and his future plans for basketball.  His friend said they played basketball every day for hours.

There was another message for the crowd - his mother said violence in this neighborhood needs to end.  His brother said his family will not try to avenge Johnson's death and that should send a message to young people in the crowd.

One of Johnson's classmates told KOMU she will remember Johnson as a prankster and a sweet friend.

Police said a dispute broke out last night between the suspect, Anthony T. Graves, and his family and the family of the person Johnson was with.