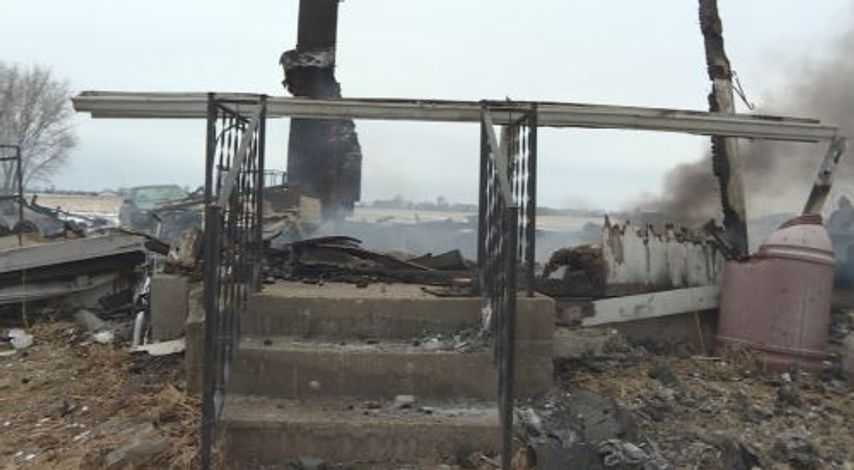 CENTRALIA - A family is displaced following a fire early Thursday morning that destroyed their home.

Units were on scene within six minutes of receiving the call just after 1:00 a.m. By the time firefighters arrived, the home was fully involved.

Firefighters were on scene for five hours and authorities believe it originated in a wood stove area on the basement or main living floor.

This was the second large house fire in mid-Missouri in three days. A Higbee home was destroyed Tuesday.

Nobody was reported injured in either incident.

"A lot of volunteer and combination departments do not have that ability that they can build multiple stations because of funding and revenue that is available to them," Hoover said.

Boone County Assistant Fire Chief Gale Blomenkamp said that rural fire departments are at a disadvantage due to greater distances between home and a lack of resources.

Volunteers make up 72.9 percent of Missouri firefighters, according to the National Fire Department Registry. That's more than two percent above the national average.

Volunteer firefighting is an effective cost-saving measure. Boone County firefighters, roughly 240, are all volunteers. 42 of 44 Little Dixie firefighters are volunteer.

"I've been doing this 44 years now and have been around the country," Hoover said. "I've never been stopped and somebody said 'wait a minute, are you a paid firefighter or are you a volunteer?'"

Higbee family picking up the pieces after house fire