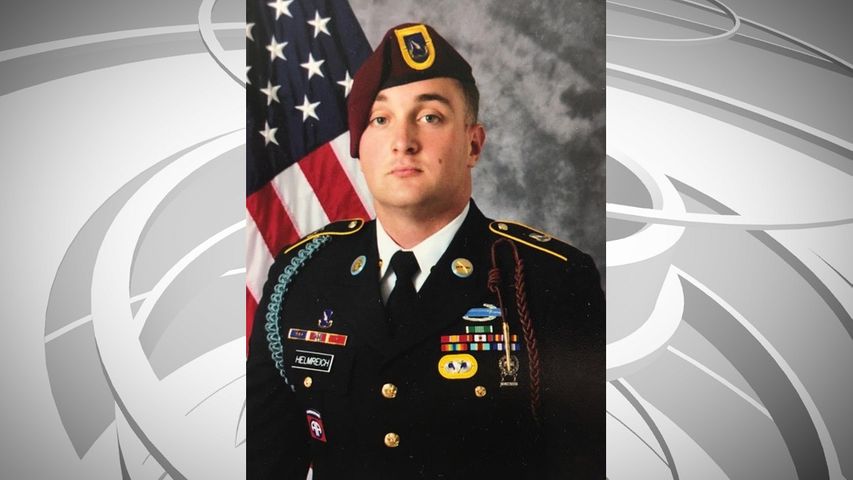 COLUMBIA - The family and friends of the Columbia native who died in a car crash Saturday night are preparing for a funeral.

Andrew Helmreich, 28, was a veteran of the U.S. Army for five years, and did a tour in Afghanistan. He was set to graduate from Columbia College in December with a degree in business management.

Helmreich was one of two passengers in a deadly Columbia car crash Saturday night. Prosecutors say William Lalka was driving while intoxicated when the crash happened.

Family and friends described Helmreich as very religious, the life of the party and the happiest person they knew.

"He's the type of person you hear about when they come in the room, it lights up, everybody smiles," John Graves, Helmreich's uncle, said earlier this week.

Helmreich served in Afghanistan from February 2014 until November of that year, according to Graves. He was honorably discharged in 2017.

"You know, he just had everything in front of him. Just escaped death in Afghanistan essentially, because you can get killed there everyday. To have his life cut short is such a waste," said Graves.

Friend Cole Blackburn said he and Helmreich were inseparable since high school. They graduated from Hickman High School in 2009.

"There is a part of us gone now," said Blackburn.

Another friend, Tony Veros, described Helmreich as knowing everyone, and would have to say goodbye to everyone before leaving somewhere.

"He knew no stranger," said Veros, fighting back his emotions. "The thing is, with this group, we're so close."

Helmreich's roommate and friend from high school, Jared Tonyn, said it has been quiet without his pal.

"I keep expecting him to just walk through that door, you know, I keep waiting for that garage door to open. It just doesn't feel real," said Tonyn.

Tonyn introduced Helmreich to Camden Thoeming, who at the time, also just left the military.

"Immediately we clicked. We both have tours in Afghanistan. We both dealt with the aftermath of that and kind of confided in each other and became very close," said Thoeming.

According to Graves, Helmreich received a number of awards during his time in the military including Army Achievement Medal, Afghanistan Campaign Medal with Campaign Star and NATO Medal.

Tonyn and Thoeming went to the crash site to wrap their heads around what had happened. They found a small, folded up American flag on top of the ruble.

"It was kind of like, it was supposed to be there," said Thoeming.

The American flag is now in a shadow box, along with a picture of Helmreich's mother who passed in 2010, and other small items from each person in the group.

Graves said Helmreich's family has received amazing support from the community and Columbia College. They hope to start a scholarship fund for a student veteran in his nephew's name.

A funeral service will be held for Helmreich Saturday at 10 a.m. at Columbia United Church of Christ.

Columbia residents continue to drop off their recycling at centers as bins overflow
COLUMBIA — It's been almost one month since Columbia residents were told their recycling would no longer be picked up... More >>
10 hours ago Wednesday, August 05 2020 Aug 5, 2020 Wednesday, August 05, 2020 6:36:00 PM CDT August 05, 2020 in News
Share:
Email
Facebook
Twitter