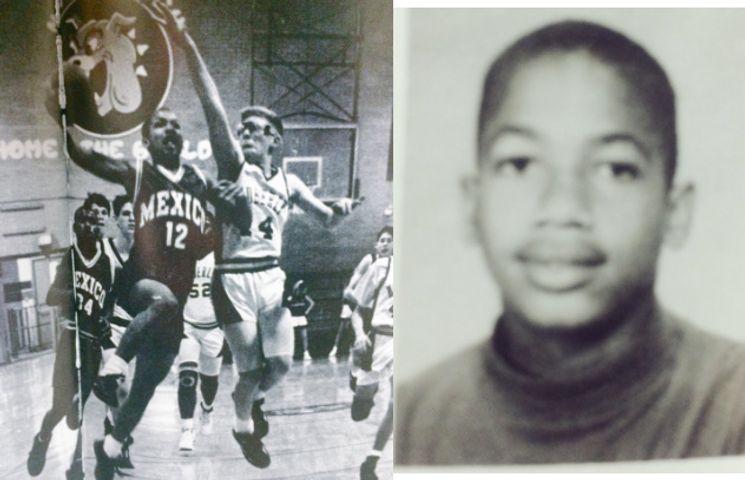 MEXICO — The Cleveland Cavaliers won the 2016 NBA Finals Sunday, and head coach Tyronn Lue made sure he recognized his home town of Mexico.

"I just wanted to give a shout out to Mexico, Missouri!" Lue proclaimed into the first microphone he found following the Cavs' 93-89 win in against the Golden State Warriors.

Congrats to Tyronn Lue and the Cavaliers! & thanks for shout-outs on nat'l TV! ?? pic.twitter.com/IX0fwZ3UBo

Before Lue became a championship-winning head coach who enjoyed success with the Los Angeles Lakers and Nebraska Cornhuskers as a player, he was a boy from a small town in mid-Missouri. Mexico has a population of a little over 11,000 people.

His former middle school basketball coach, Mitch Ridgway, said seeing one of his former players become so successful is humbling.

"As a teacher and a coach, your goal is to always get those kids to achieve at a high level," Ridgway said. "And my gosh to do what he's doing now, it doesn't get any higher than that. I'm extremely proud of him."

He coached Lue when he was in the 8th grade, and said Lue was one of the hardest working individuals he's ever met.

"He was the kid who would shovel snow off the basketball court to play basketball in the middle of the winter," Ridgway said. "You see a kid like that, that wants to be something, and he sets his goals. It's fantastic to see him get where he's done. The whole community is excited about it."

Nunnelly said his family and the entire community are at a loss for words.

"It is a great thing he did," Nunelly said. "He went to the NBA. That's what made us feel all good, and then he became a coach and then a head coach. I'm just so proud of him."

Nunnelly said Lue comes back to Mexico as many times as he can, and is very proud of where he comes from.

"He's a good guy," Nunelly said. "He's funny. He's willing to help out anyone, do anything for you. He's a good brother, good role model."

[Editor's note: KOMU.com has updated this story to correct the spelling of a last name.]