Family Gathers to Help Clean Up After Montgomery City Tornado 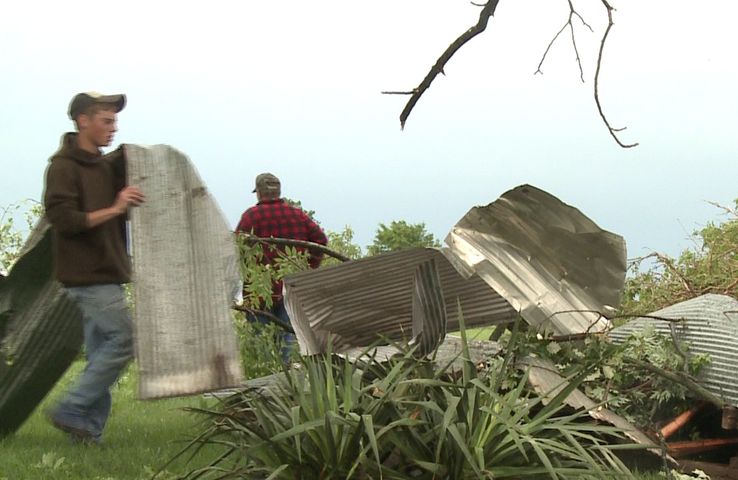 MONTGOMERY CITY - A mid-Missouri family responded quickly to a tornado that struck just east of Montgomery City Wednesday afternoon. Many Missourians had been watching the weather intently, and the family of Darlene Sachs was no exception.

Some of Sachs's relatives heard that a tornado touched down near Montgomery City and immediately phoned Sachs to see if she was ok. Some came from as far away as Bowling Green to check up on Sachs and to help clean up what damage they could.

Fortunately Sachs was not harmed and the tornado did not cause any damage to her house, but the garage and sheds near her home were either shredded or flattened.

Tree branches and sheet metal was strewn all over the property and even across the highway next to her house. The family of roughly a dozen children and grandchildren worked all afternoon to move the debris to one large pile to be taken care of later.

Sachs said, "I was not thinking too much of the weather because it didn't look too different from normal, but when I heard the sound of the wind change I tried to get to the basement."

She was not able to get to the basement before the tornado came and went through her farm almost as quickly as it came.