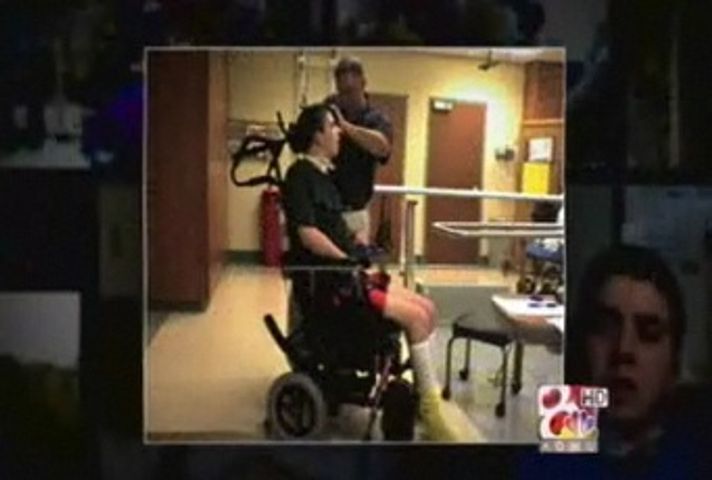 JEFFERSON CITY - Bowling For Jon is a team effort--Team Jon, that is--that started almost two years ago in June when Jon Thomann took a fall down a cement staircase that caused major bleeding in his brain.

"I had a traumatic brain injury," Thomann said.

The Thomann family then endured a wild roller coaster. They spent eight months in four different hospitals around St. Louis waiting for Jon to wake up.

Joe is now Jon's primary caretaker--a job that requires 'round the clock care.

"Being a caretaker is very difficult," Joe Thomann said. "Jon was 19 when this happened. We raised him once, now we're gonna have to raise him again. He had to learn how to walk, talk, breathe, eat."

"It really takes time for people to regain skills and get their life back," Head Injury Services Executive Director Donna Gunning said. "Now they may not be able to go back to what they did before, but you know we give them some hope."

But according to Gunning, Missouri has dropped into the lower 25 states for brain injury services.

"It's difficult in Missouri," she said. "It's a very small funding source in Missouri."

But a lack of funding won't stop Joe Thomann from giving his son a second chance at life.

"It's what needs to be done, simple as that," he said. "Our situation warrants that we do something.

The goal: bring a replica of the St. Louis center to Jefferson City, starting with a day program. The required start up fee: 60 thousand dollars, which the Thomann's have to raise on their own. They already have twenty thousand and a long way to go.

"I'm sure it will, but I hope and pray that we can get one opened in Jeff. City," Joe Thomann said.

The center won't just be a place of rehabilitation for the survivors.

"Brain injury doesn't just happen to the person, it happens to the whole family," he said.