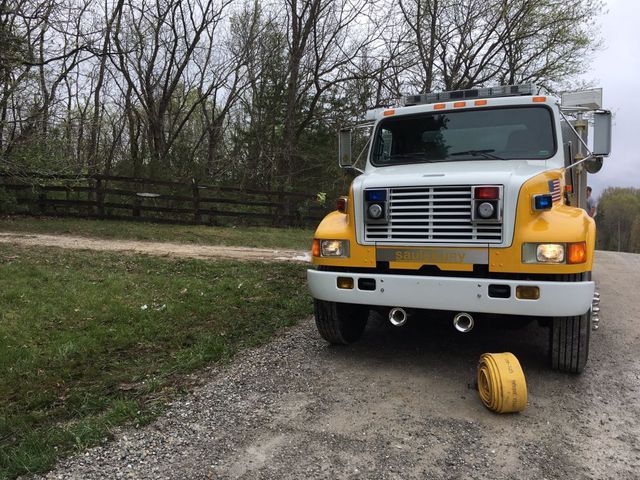 BOONE COUNTY - A family lost their dog and entire home in a fire Sunday. A resident got home from work around 10 a.m. and called 911 because she saw flames shooting out of her one-story home in the 1100 block of South Hickory Grove School Road.

"When units arrived, they found the house, still flames through the roof, front side of the house. The back side of the house was already fully involved," Pounds said. "Nobody was home at the time, but unfortunately, the family dog perished in the fire."

Pounds said the Fire District had to call in extra units because of the lack of sufficient water supply in the rural area.

The Fire District is still investigating the cause of the fire.