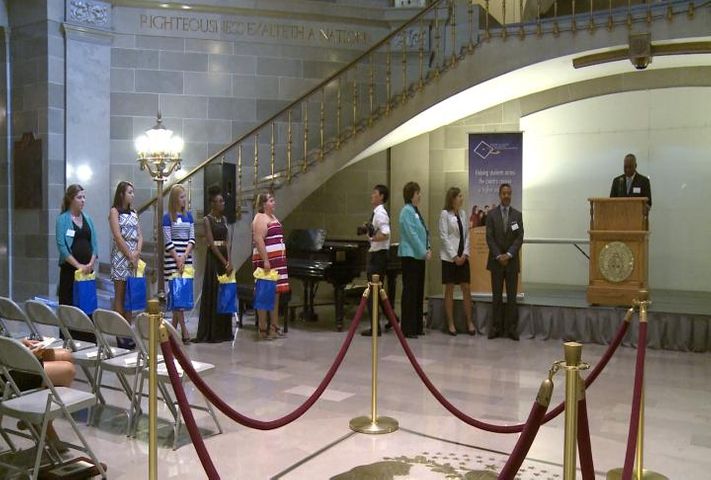 JEFFERSON CITY - Missouri firefighters killed in the line of duty were recognized during a ceremony at the Capitol Wednesday.

ICMA-RC Vantagepoint Public Employee Memorial Scholarship Fund awarded children and spouses of deceased firefighters educational scholarships. Since it was founded in 2001, the organization has given more than $90,000 to more than 250 surviving family members in the form of scholarships.

April Crockett was attending the University of Central Missouri when her dad died at work. She received a scholarship from the organization and said she wouldn't have been able to reach her dreams without the organization's help.

"After recieving the scholarship I got two internships in Los Angeles with NBC Universial. It was an awesome opprtunity and I don't know how I would have gotten there without them (the organization)", Crockett said.

Crockett received another scholarship Wednesday and said she would use the money to continue pursuing her career in Los Angeles, where she is working in public relations. She said as a first generation college student, being supported by a single parent income after her dad died, the scholarship money got her where she is today.