Family of Sedalia woman killed by Deputy searching for answers 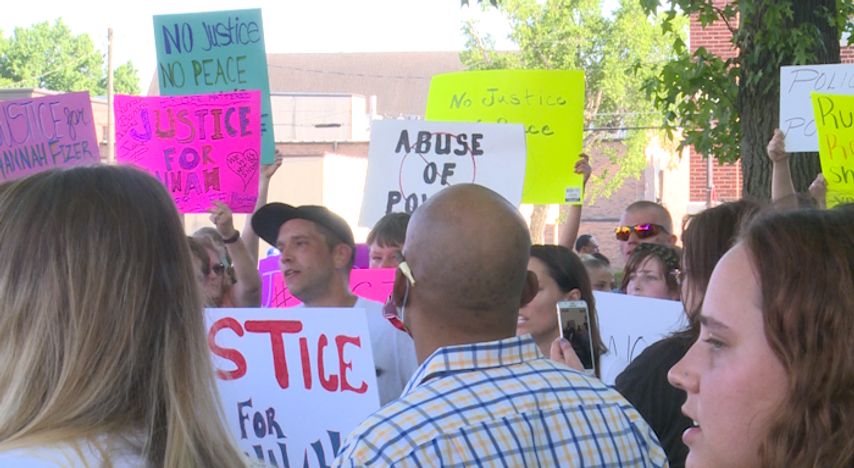 SEDALIA - Five days have passed since a Pettis County Sheriff's Deputy shot and killed Hannah Fizer, a Sedalia woman. Demonstrators gathered for the biggest show of support yet tonight.

The name of the deputy involved hasn't been released, and Fizer's family still has questions.

"He has mace, he has a tazer," Dean Fizer, Hannah Fizer's cousin, said. "And he pulls a gun first? Why shoot first, with no gun?"

When Fizer's car was searched, no gun was found.

Dean Fizer said he can't believe what he heard had happened.

"She was genuine, she was pure, she was a free spirit," he said. "She was nice, caring, she wasn't about confrontation. That's why all these people are here, because they know her."

Another cousin, Jaycee Carver, couldn't believe it when she heard Hannah's name.

"I saw the police report, and then I read her name, and I just stood there. I mean in that moment, what are you gonna do?" Carver said.

It's not just the family and demonstrators who were emotional. Sheriff Kevin Bond of Pettis County said his department has been different since this happened.

"This has certainly created an emotional response within the agency," Bond said.

Dean Fizer said all he's been able to think about is his cousin.

"What else has been going through my mind, my cousin has been shot dead by an officer," he said. "By the people that taxpayers pay to do their jobs and are supposed to be properly trained. I just, I don't know."