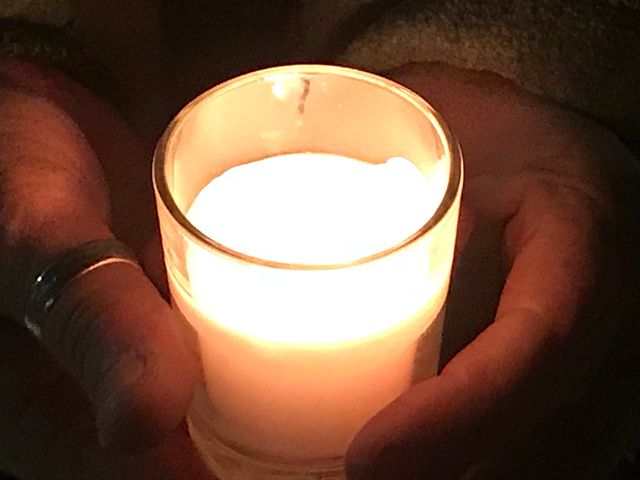 MOBERLY - Tears ran down Michelle Hein's face as she stood outside the Moberly Police Department on Friday night.

Hein organized a vigil in honor of her cousin, Christopher Shawn James, who was murdered a year ago.

“Chris was my best friend in the whole world and I don’t want a day to go by and him not know that somebody didn’t do something to remember him,” she said.

James was was shot on Feb. 2, 2017. The Randolph County Coroner ruled it a homicide.

Although a year has passed, officials say the has not been resolved.

Bowne said, at this time, to the best of his knowledge there are no potential leads.

He said he feels cheated and believes somewhere in the official chain of command, there must be a delay.

“We’re waiting on evidence, but how long does it take to analyze it?” Lutz said. “Where’s the reports on this?”

He said it’s getting hard to believe in the police.

“For the last six months, we haven’t heard nothing,” Lutz said. We’ve tried to give them room to work and respect what they do, but it’s enough to make you lose faith in them.”

Both James’ family and the police said they’d like for anyone with information to come forward.

Hein said the past year hasn’t been easy. She's wants whoever killed James brought to justice.

“I don’t like knowing that they are still at home with their children enjoying their lives or their spouses or whoever it may be. They’re still being able to live their life while my cousin lies in a grave.”