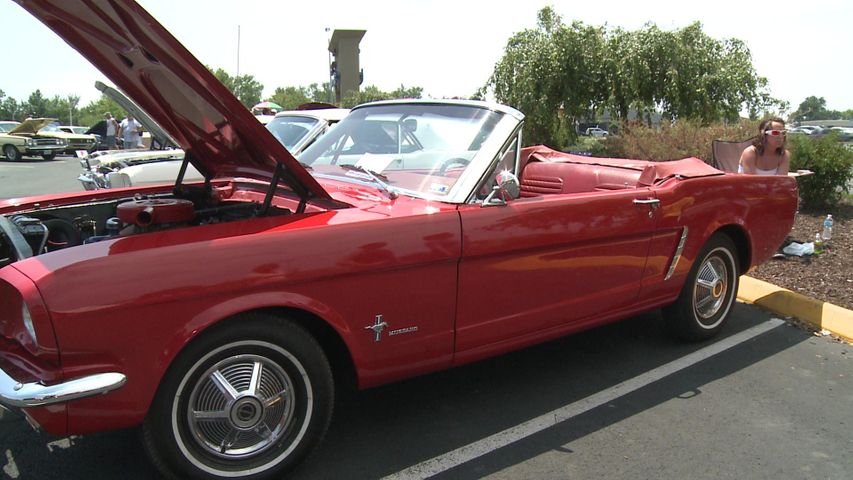 COLUMBIA - The Central Missouri Mustang and Ford Club held a car show Sunday at the Parkade center. But for one family, the show was more than just showing off a car. It was the Henry family's first time showing off their grandfather's 1964 and a half mustang at a car show.

"Even though it's my mom's car now, we always call it our grandpa's car," Heather Henry, granddaughter, said .

Five years ago her grandfather was driving the car to his new job in Wyoming.

"It was his pride and joy," said Henry. "He took it everywhere. He traveled a lot."

He fell asleep at the wheel and died in a fatal accident.

"Because it was so important to him, my mom and my three sisters and I felt that we should restore it," said Henry.

Now the car carries on in memory of him. They even put his picture in the front seat.

"It took a lot of work and a lot of money," said Henry. "But we were determined to make sure that it was in the condition that he left it in."

It took five months for the Henry family to fix up the car to it's current condition, and there is still work to be done.

"It's still an ongoing process," said Henry. "Little things here and there, but it's worth it."

They said they are planning on taking the mustang to many more car shows in the future.

Participants had to pay to enter their cars in Sunday's show, and the Central Missouri Mustang and Ford Club will donate a portion of the money to the Ronald McDonald House.