Family Says Company Did Nothing to Bring Deceased Trucker Home 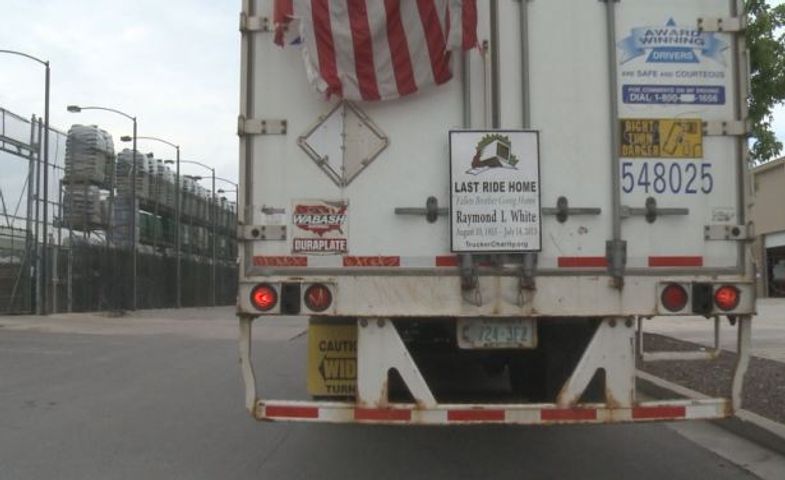 COLUMBIA - After more than two weeks of uncertainty, Raymond White's family and friends were relieved to see a semi-truck with his remains inside pulling into the Sam's Club parking lot.

"I didn't think it was ever gonna happen," said Raymond's sister, Denise Mathis.

Raymond died of a heart attack at a resting station in New Mexico on July 14 while he was driving for the Southern Refrigerated Transport (SRT) trucking company.

White's girlfriend Cathy Rossi said she knew something was wrong when he didn't call her in the morning. She contacted SRT but she said they weren't responsive.

"I made a couple phone calls that day and they got kind of nasty with me on the phone," Rossi said. "They never called back. That's when I found the missing truck driver network on Facebook."

The Missing Truck Driver Alert Network is a national group that works through truck drivers on the road to find any drivers who might have gone missing.

Rossi said she gave them the exact same information she gave to SRT and they worked with New Mexico Troopers who found White's body in his truck 12 hours later.

"Unfortunately it's a common situation," said Kerry Mullins, a secretary of the Trucker's Charity Inc. "Companies are going to protect themselves and say it's the family's responsibility. But when they said they would send his belongings to the family cash-on-delivery, that's when we said that was wrong and we stepped in."

White's family and friends teamed up for charity events with the organization and raised more than $2,000 to bring White's cremated body back.

Three trucks, 2,730 miles and 15 days later, Raymond finished his last ride home. He had been a truck driver for 20 years.

"It saddens me because he ran ten, eleven hours a day," Mathis said. "But it's also so beautiful that he was able to bring all of these people together to help get him home."

Mullins said he is reaching out to lawmakers through the Owner Operator Independent Driver's Association to push trucking companies to take a more active role in finding missing drivers and supporting the families who have lost loved ones.

"Events like these happen hundreds of times a year," Mullins said. "It's unfair for these families to have to go it on their own."

KOMU 8 News tried to reach SRT multiple times for a comment but never received a response.