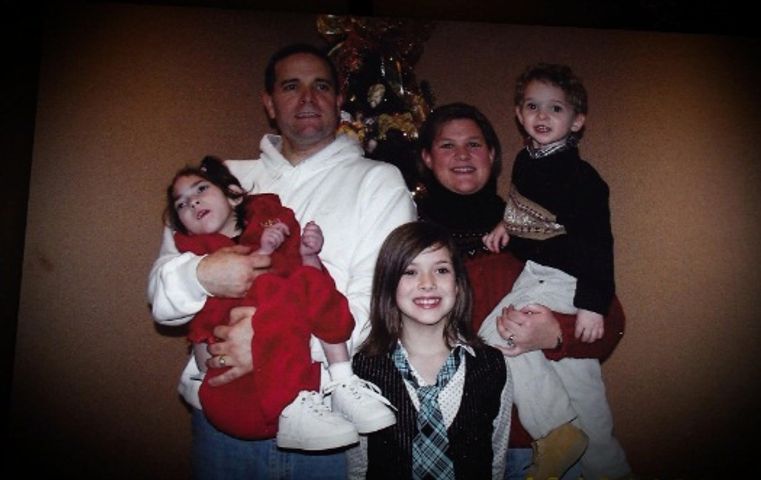 COLUMBIA - For the Caine family, joy comes in the form of their ten-year-old daughter's smile. Kodi Caine is one of three kids in her family. While she's the middle child, she will forever be the baby.

"It's kind of like caring for a six-month old," Kodi's mom Jennifer Caine said.

In July 2003, Greg and Jennifer Caine found out their pregnancy with Kodi was going bad, fast.

"Basically they made it an immediate determination that she was bleeding into my wife and that they would have to take the baby if they were going to give her a chance to live," Kodi's dad Greg said.

Doctors performed an emergency c-section, saving Kodi's life. She was 28 weeks and weighed only a little more than two pounds.

"I think that was the hardest part was getting over the guilt, because that was tough; it was tough," Jennifer said.

Kodi spent three months in intensive care and suffered multiple seizures. She continues to deal with a seizure disorder today. When Kodi was 18-months-old, doctors diagnosed her with cerebral palsy. Doctors say she will never walk or talk and is legally blind.

"It hurt a great deal because you know even from birth as soon as that child comes into the world, they're yours and you love them with all of your heart," Greg said.

"Bad things happen to good people all the time and when those things happen you have two choices, you can either succomb and be defeated or you can rise above and march on and Kodi has done that," Jennifer said.

Despite Kodi's disability, Greg and Jennifer work to involve her in every part of their lives. Greg is the principal at Jefferson Junior High School and Jennifer coaches and teaches physical education at Oakland Junior High School. They take Kodi to games, the ARC, movies and other events around town. Unfortunately, the Caines say they're already outgrowing their customized van.

"We manually lift Kodi in and out of the van either my husband and I or my daughter and I, which is becoming increasingly difficult the longer and heavier she grows," Jennifer said.

"We have one van and you have to drive the wheels off of it basically," Greg said.

A new wheelchair-accessible van would cost the Caines between $55,000 and $60,000. So, the family is looking to a national competition for help.

"The financial burden it would lift by not having to come up with a way to pay for that kind of modification would be a tremendous blessing," Jennifer said.

The Caines put their story up on the National Mobility Awareness Month's site along with nearly 500 other families, in hopes of winning a van. The entries with the most online votes will go to a panel that will choose three winners.

"This means a lot, that helps us, if nothing else you feel supported," Greg said.

Supported by those fighting for Kodi. But as for her joy, no fight necessary, she's never lost it.

"When she giggles it's intoxicating, it really is," Greg said.

You see, for a child who was never expected to do anything, she sure knows how to laugh.

You can vote for the Caines to win a new van here, once a day until May 10.

"For Kodi, I don't know what the future holds for her. Whatever it is, she'll love every minute of it and we will, too," Jennifer said.