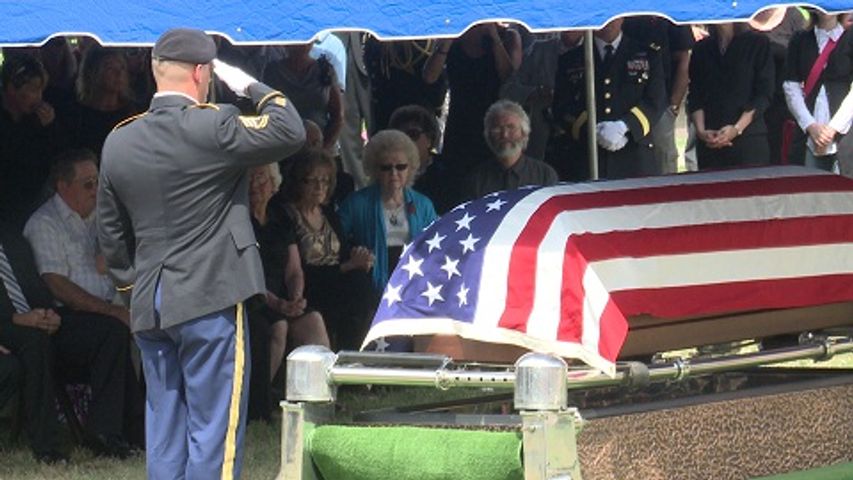 COLUMBIA - Craig and Shannon Schroeder and their two children stood outside First Baptist Church Saturday afternoon to show their support for Spc. Sterling Wyatt and his family. "Even though we didn't know the family personally, it's still a part of our community that we need to stand behind and support," Shannon Schroeder said.

The Schroeder's said they wanted their seven-year-old son Miles to understand the importance of honoring a fallen soldier. "...I'm glad for all the people who are being respectful, and all the people are wearing red," Miles said.

Like the Schroeders, people lining Broadway showed their respect by wearing red, even if they were blocks away from the church. "To be part of something bigger than myself or my colleagues, but to be a part of a community that really wants to show their support," Michael Kateman said.

When Wyatt's funeral service began at 1 p.m., the crowd became silent. Volunteers also lined the route from the church to Memorial Park Cemetery where he was laid to rest, marking Providence Road and Business Loop 70 in Columbia with more American flags.

"My heart breaks for Sterling Wyatt and his family and the sacrifice that he made for us," Craig Schroeder said.

Army officials presented the American flag that covered Wyatt's casket to his mother at the cemetery. Volunteers, including Kayla Calvert also continued to hold up American flags to surround the grave site. "It makes me feel like I'm doing something good, and I am doing something good... It reminds me that Sterling died for all of us, and we will forever be grateful."