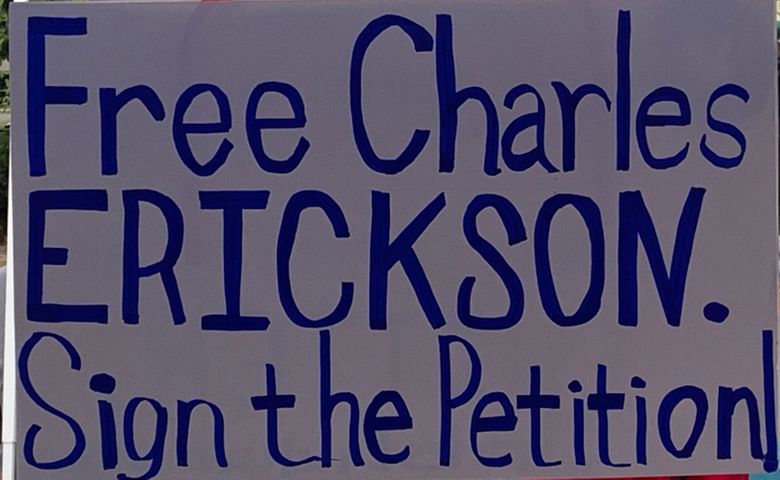 COLUMBIA - Family members and a support group met in Peace Park Sunday to gather signatures for a petition to help free Charles Erickson.

Erickson is currently serving a 25-year sentence for his connection to the murder of Columbia Daily Tribune sports editor Kent Heitholt in 2001. He's been in prison now for 15 years.

His mother, Marianne Erickson, was one of the people at the park Sunday. She described her son as loving, beloved and caring.

"Prosecutors and police can use something called the Reid technique, which allows police to lie to people that they are interrogating, and it's because of the lying and the withholding of evidence that would prove Charlie innocent that convinced him and coerced him into giving a false confession," she said.

Marianne said prosecutors should do more investigating before bringing cases to court.

"I really think that prosecutors should not bring cases to trial when there is no evidence to support guilt," she said.

Marianne and Les Masters, founder of Voices of Innocence, organized Sunday's petition rally to gather signatures that might help free Charles. They had nearly 20 signatures in an hour.

Masters said there are many people sitting behind bars who are wrongly convicted and rallies like the one held Sunday help raise awareness.

"A friend of mine, Rodney Lincoln, said if it happened to him, it can happen to you. We need to put a stop to this," Masters said.

Charles has a new lawyer, Landon Magnusson, who has filed a 98-page petition he hopes will help Charles' case.

Marianne said she is very pleased to have Magnusson on board and knows he will continue to fight for her son's freedom.

"We're in a wonderful stage in Charlie's case because a professionally trained appellate attorney has taken on his appeal - his habeas corpus appeal - to demonstrate actual innocence," Marianne said. "He [Landon Magnusson] has taken on this case with so much diligence and we have not had this before."

According to previous KOMU reporting, here is a timeline of events relating to Charles' case and Heitholt's murder.

Charles has a parole date set for 2023, but his family and friends are hopeful that he's free before that.

"His motto is to take everyday as it comes. He is very hopeful too," Marianne said.