Family uses music to keep their children away from violence 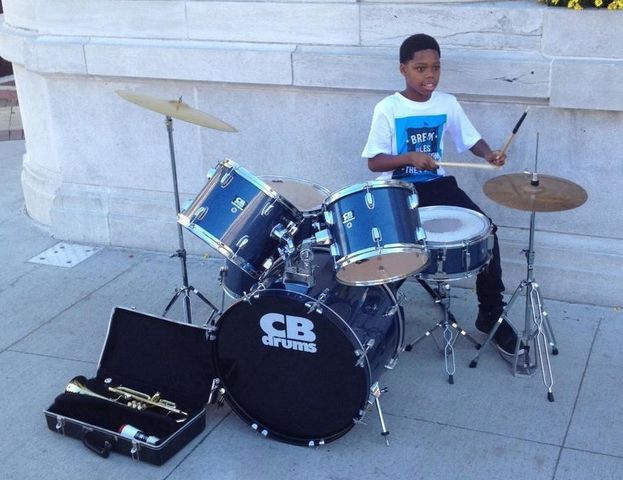 Music has become a tool for peace and distraction for the family, something that keeps them busy and safe from the violence taking place in Columbia. City documents show there have been 363 calls for shots fired and 231 violent crimes in Columbia so far this year.

Atiya Taylor, a mother of three boys, said she uses music to make sure the children do not suffer the same fate as their father. Dawan Childress, Sr. died in Denver in 2007 after being shot three times. After that incident, Taylor said she decided to bring her family to Columbia. But, she said, the situation isn't much better here.

"My kids don't feel safe, so that's part of the reason why I wanted them to come down here, to show them that there's other things that you can do and it's not always something violent going around," Taylor said.

Her three boys, ages 9, 11 and 12, are all self-taught drummers. Taylor said she noticed their talent and took them to downtown Columbia to share their music with passers by.

Michael Trapp, a Columbia city councilman and co-chair of the Mayor's Taskforce on Community Violence, said he likes what he sees from this family.

"Parents are a huge influence on their kids," Trapp said. "Kids, as they move into their teen years, start to identify more with their peers, but having that clear communication with their parents, having a supportive relationship, being engaged in family-type activities, is, I think, a really protective factor."

Playing music in downtown Columbia also allows the children to make money. Taylor said this helps them learn how to save and spend responsibly.

The boys, however, already seem to have a plan on how to spend what they make.

Dawan Childress, Jr. said, "I want to help homeless people, like feed them and find them a home to stay at. I also want to raise money to get my dad a headstone."

Trapp said parents should look into activities their children enjoy to keep them busy when they are not in school. He said it is not possible for the city to do the job on its own.

"The city does not have the ability to keep kids out of crime and protect people," Trapp said. "But, parents have a lot of impact on that."

Taylor's boyfriend, Brandon Witherspoon, supports the family effort. "I just want to make sure they're safe because there's a lot of things going on in the world right now," he said.

Taylor said she and the boys are often on the streets playing until 9 p.m, but she's willing to do whatever it takes to make them do something positive.

Witherspoon said it's not all work though. "I want them to have fun, and it's fun for me watching them play."