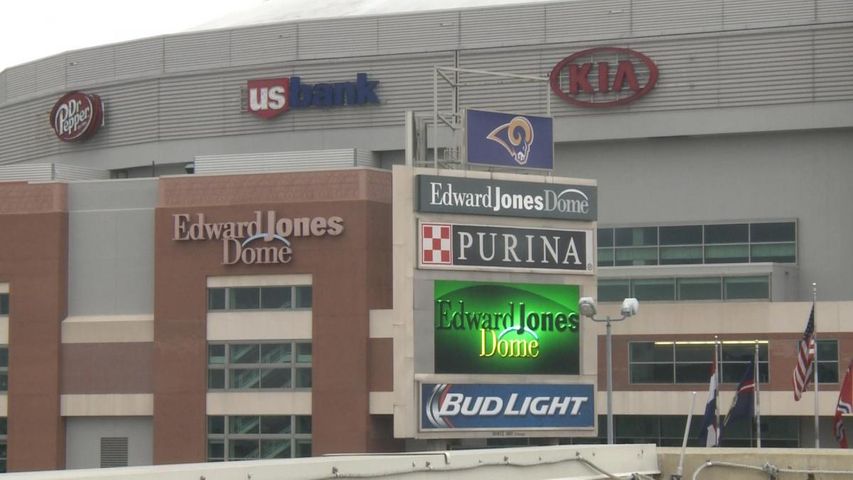 ST. LOUIS - Many aspects of The St. Louis Rams are different since the team was known as "The Greatest Show on Turf."  There have been changes in coaching, ownership and, especially, fan support. Now, there are indications Rams owner Stan Kroenke might move the team to the Los Angeles market.

Kroenke purchased 60 acres of land in Inglewood, California. Some fans in Missouri have questioned whether or not it is just bluffing by Kroenke in order to encourage fans to rally in support of the Rams in St. Louis.

From 1991-2001, the St. Louis Rams were a highly competitive team. Rams fans said, during these years, the offense was the best they had ever seen. However, the Rams have not had a winning season since 2003, when the team last won the NFC West.

Along with the decline of the Rams' record has come a steady decline in fans.

The Rams had its worst season in 2009, going 1-15. Attendance plummeted the following season to just 52,922. The team's much improved 7-9 record did not help fill more seats.

"If you look around the league, what you normally consider the best fan bases, if you don't win, even for a few years, fans won't come out," said Jim Thomas, the Rams beat writer for the St. Louis Post-Dispatch. "This fan base has been beaten down and you can't blame them given this unprecedented stretch of bad football."

Only eight of the 32 teams in the league have a higher turnover in head coaches than the Rams in the last 15 years. The teams include: Cleveland Browns, Detroit Lions, Atlanta Falcons, Miami Dolphins, Buffalo Bills, Washington Redskins, and San Francisco 49ers. The Oakland Raiders have the most coaching changes, at 10.

Below is a map outlining each of the above team's changes.

Since 2000, Rams players and fans have welcomed six different head coaches to St. Louis, as outlined in the timeline below.

When Jeff Fisher took over as head coach in 2012, it was the last time Rams owner Stan Kroenke spoke to the public.

Rams fans said they are frustrated with Kroenke's silence because they would like to know his plan for the future of the team.

Long-time season-ticket holder Dave King, said, "There are no loyalties. His loyalty is to his dollar."

Another long time fan, Karl Sides, said he understands Kroenke is a smart businessman and knows how to invest his money. Sides said he has his own "perfect scenario theory."

"He builds a stadium in Los Angeles. They build that stadium for the Raiders and Chargers to play there. He's the landlord, and they are his tenants. They pay him to play there," Sides said. "He, in turn, could take the money and invest it into the St. Louis stadium. Now that is good business."

Some Rams fans are disenchanted with the Edward Jones Dome.

"It's like a cave," Sides said. "I've been to stadiums all over. Qualcomm in San Diego is probably the worst in the league. I would put our dome above that, but pretty much below everything else."

The St. Louis Convention and Visitors Commission operates the dome.

In arbitration between the convention and visitors commission and the Rams, the dome had to be in the top 25 percent of all NFL stadiums on March 1, 2015.

The Convention and Visitors Commission had a slim chance of meeting the standards agreed to in arbitration because 22 of the 32 teams in the league are playing in stadiums built after 1995.

Given that the dome did not meet certain criteria, Kroenke has the ability to move the Rams after March 31, 2016. However, he first needs a vote of approval from 75 percent of league owners.

The proposed stadium plans are focused on keeping the Rams in St. Louis. However, Gov. Jay Nixon is not limiting his options.

Nixon had his first teleconference in November, going out of his way to keep repeating the message that St. Louis is an NFL City.

Rams beat writers and reporters have been talking about which teams might be attracted to St. Louis, such as Jacksonville, Carolina, San Diego or Oakland, if the Rams do make the move to California.

"I'll be a Rams fan whether they are here or not," Sides said.

An Orange County native started a group, "Bring Back the Los Angeles Rams," in November 13, 2009. According to the group's website, there has been a steep growth in support since Kroenke purchased the land in Inglewood, California.

Rams fans in Missouri said they know they cannot control what happens with the future of their team, but as fans of the sport, they just want to keep their fall Sunday traditions alive in St. Louis.

"Three years from now I just want football here. I want an open-air stadium downtown," Sides said. "I want to be able to go down, tailgate where I want to tailgate, and enjoy some football."