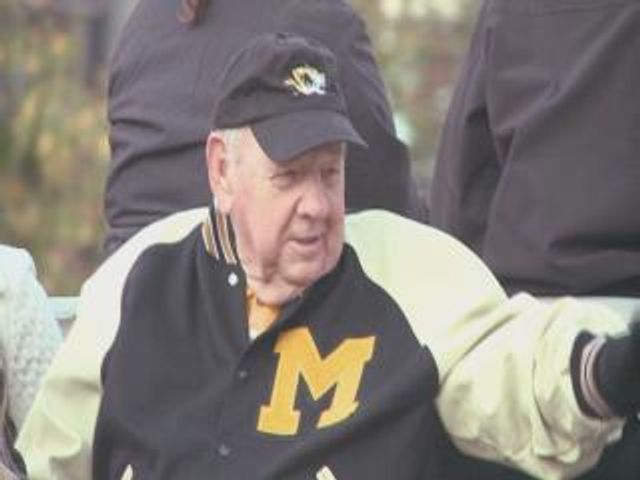 Richard King, owner of the Blue Note, was fortunate enough to meet Kadlec on a few occasions traveling to Missouri away games.

"I remember sitting in the restaurants or hotel lobby on Friday nights and just listening to his stories," King said.

"I was stunned when I heard the news," he said. "It's a really sad day. He clearly loved University of Missouri Football and the university."

Chuck Blossom, who attended MU in the 1960's and 70's remembered Kadlec as an assistant football coach, bust mostly as an announcer.

"He was a real help in understanding the game of football and brought it in a context they can understand," Blossom said. "His thoughts and aspirations for the football team and the city will continue to go on."

Though he was a great announcer, one fan said Kadlec's personality and his ability to relate to everyone is what he will remember most about the Mizzou legend.

"He knew everybody on the team's high school, their head coach, the previous coach of that high and who their boosters were," said Les Wagner.

Wagner, whose grandmother was a secretary under Don Faurot, remembered hearing of Kadlec when he was still a young assistant in the football program.

"He's one of the most interesting guys," Wagner said. "He's a one-of-a-kind American original."