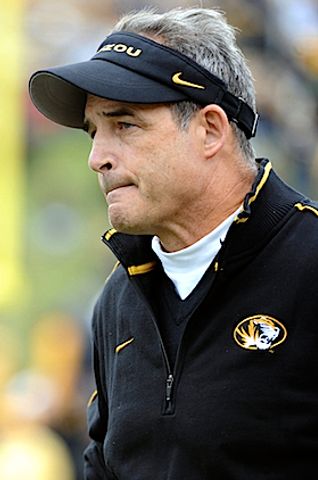 COLUMBIA - Fans reacted Thursday to the news of Gary Pinkel's arrest for a DWI. While fans did say they were upset with the situation, they still stand behind the head coach. However, not everyone was so eager to talk. Most people who spoke with KOMU did not want to speak to the media or have their names associated with their views.

However, those who did talk with KOMU agreed what he allegedly did wasn't a smart move, but they don't think this will cause the University to look at a new head coach. One Mizzou fan, Joshua Webster, said even though this isn't a good situation, "he can still do some good in the community." He said Pinkel can recover from this incident.

And Webster isn't alone with his opinion. Mizzou fan David Huddlestonsmith said while he was surprised by the news, he expects this will eventually blow over.  He said he was anxious to hear of what the punishment will be considering how hard Pinkel comes down on players who received DWI's.

"Pinkel has done a lot for the community, and I still like Pinkel. I was just shocked this happened," Margie Montague said. She said she is still behind the head coach and hopes he can learn from this.