FastCat Expected to Break Even in FY2013 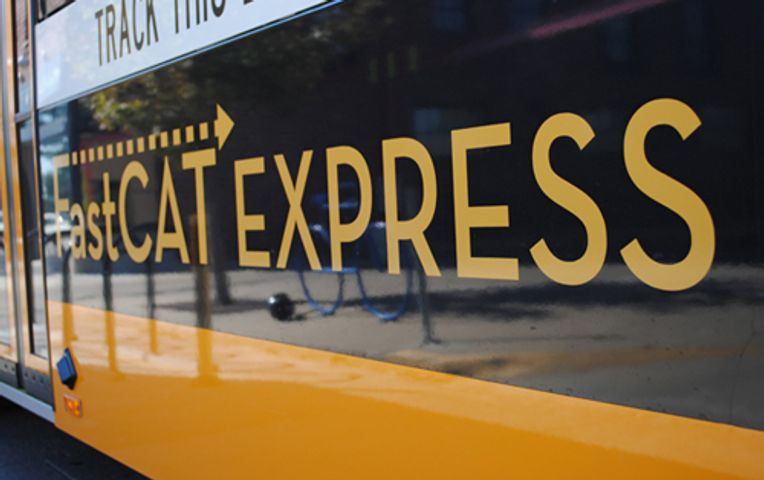 "There's also a grant that we apply just for capital improvements, like purchasing buses," said Christa Holtzclaw, the marketing specialist for Columbia Transit. "So the funding model for transit system isn't solely relied on the fare revenue."

One of the revenue components include fares, pass sales and advertising, which is expected to be $143,021, accounting for roughly 21 percent of the total.

As a specific sponsor, Brookside Apartments purchases passes for all its residents, according to Holtzclaw.

According to the latest available data,  the weekly average ridership was 546 in last September, and 621 in October. FastCAT replaced the original Route 106 last August. Compared with Route 106 for the same period in 2011, FastCAT occupied about one-third of its ridership.

"A day like today I picked up about five to ten people, and it's on Sunday," said FastCAT driver James Wiley. "But during the weekdays, the ridership is heaviest in the morning."

Wiley started working on this route since last August. Based on his experience, the community accounted more for the ridership than students.

"Generally, I pick the most of my riders at the hospitals, Boone County Hospital, University and Veterans' Hospital, " said Wiley.

Columbia Transit is seeking ways to increase ridership, like offering free rides. But Holtzclaw says there aren't any possibilities for route adjustments in the near future.

Missouri River Regional Library brings back a traveling library for the community
JEFFERSON CITY - The Missouri River Regional Library's 'Bookmobile' is back on the road delivering books after not running for... More >>
12 hours ago Tuesday, July 14 2020 Jul 14, 2020 Tuesday, July 14, 2020 5:51:00 AM CDT July 14, 2020 in Top Stories
Share:
Email
Facebook
Twitter

Columbia businesses don't have to refuse service to unmasked customers
COLUMBIA—About 20 people filed complaints about other individuals or businesses not following the mask ordinance this weekend, according to the... More >>
23 hours ago Monday, July 13 2020 Jul 13, 2020 Monday, July 13, 2020 7:19:00 PM CDT July 13, 2020 in News
Share:
Email
Facebook
Twitter