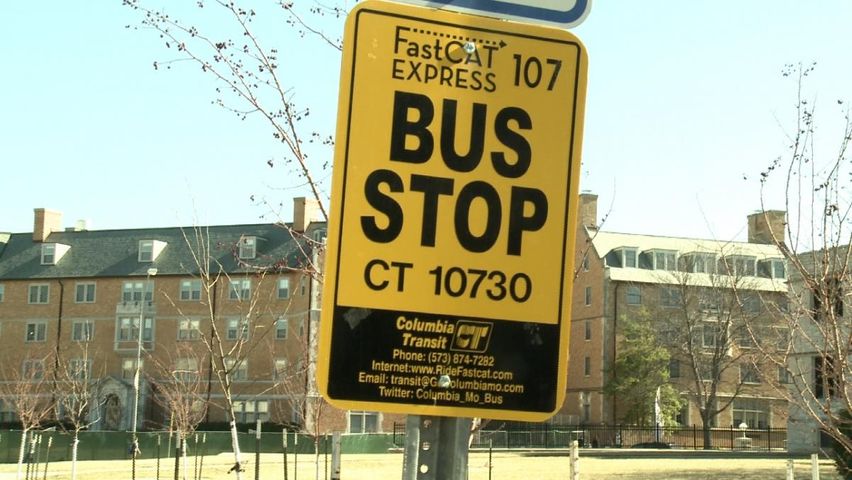 On any given day, finding parking downtown can be a difficult task. The CID says the purchase of Columbia Transit passes could ease the pain of parking for some downtown employees and also boost bus ridership for the FastCAT Express, Columbia Transit's newest bus route serving the downtown and campus areas.

"We're working with the district, the CID downtown, to basically promote not only new transportation options," said Christa Holtzclaw, the marketing specialist for Columbia Transit, "but also helping them with parking and having an option other than having to get downtown for work and having to find a place to park and things like that."

"The FastCAT route focuses on downtown and the MU and Stephens College campuses," continued Holtzclaw. "So it was just sort of a natural partnership (with the CID)."

Columbia Transit originally created the FastCAT Express bus route with MU and Stephens College students in mind. However, it is trying to expand its appeal beyond students to other Columbia residents who use the downtown area.

"We're really trying to clear up that misconception," said Holtzclaw. "It is sort of student-centric in the areas that it goes, but downtown is the busiest part of Columbia. And so whether you're a student or not, downtown is a very desirable area."

Lauren Ratier, a bartender at Bengal's Bar and Grill, was excited about the bus pass idea for downtown employees. "As a student that doesn't have a car, I think it would be really useful (when) working downtown," said Ratier. "Parking is awful for everyone, so it would be a lot more convenient."

But Kyle Kabance, a cook at the Heidelberg, said bus passes wouldn't be useful for the Heidelberg staff. "I think here at the Heidelberg we won't really need it," said Kabance. "We have a parking lot out back that we all park at. And then after 5 p.m. we're allowed to park in the professional lot behind us. So I think for us it might not be as useful as some other restaurants and jobs downtown where people are struggling to find parking spots at the meters."

Though Kabance wouldn't utilize a bus pass, he did point out some of the pros. "When you're riding the bus, you don't have to worry about finding a parking spot. You know that you're going to have a ride there and back without having to drive around for 15 minutes trying to find a spot. So I think there are some people who would prefer to take the bus. But if I lived far enough away, I would definitely prefer to have my own car."

However, Kabance did mention an exception. "Game days are when we actually have parking trouble."

Normally, a semester FASTpass for FastCAT is $100. However, the CID could purchase a bulk of 20 FASTpasses at a discounted rate of $62.50. The FASTpass can also be used to transfer to any other route in the Columbia Transit system for no additional cost.

"We have been trying to amp up ridership," said Holtzclaw. "It's a new route. People are definitely still getting used to it." Columbia Transit offered free rides on the FastCAT Express January 22 to January 27 and saw ridership increase 60 percent by day over the average daily ridership since the routes creation in August. Columbia Transit will release the ridership data for the most recent quarter at the Columbia City Council meeting on Monday.

The CID is currently gathering feedback and determining the interest level of downtown businesses for Columbia Transit passes.