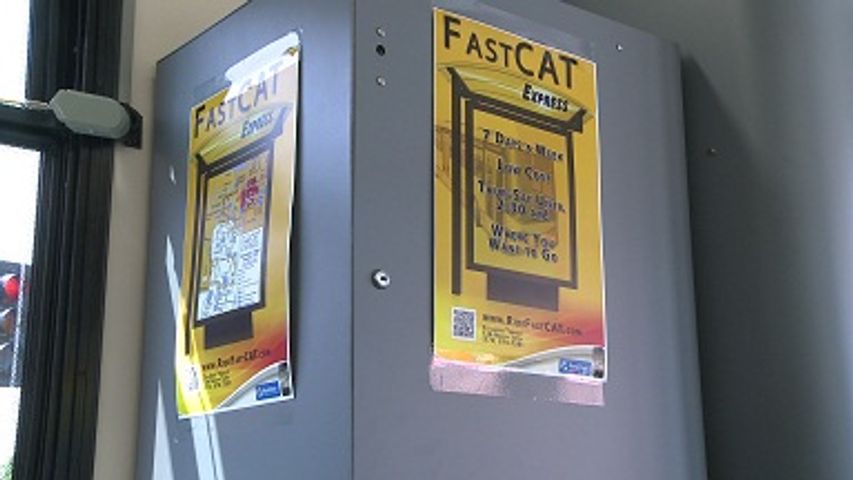 2,410 people rode FastCAT during its first two weeks of operation. Columbia Public Information Specialist, Steven Sapp, said the numbers are about where he expected them to be, however it is hard to compare these numbers to the city's previous route.

"We really don't have a good apples to oranges comparison for this," Sapp said. "The 106 Orbitor that this replaced wasn't student-centered and so it served a different audience."

The city hired Christa Holtzclaw, the new Marketing and Sales Director, yesterday to help with FastCAT. Sapp said he will work with Holtzclaw to set some marketing and sales goals. As they continue to compile data, Sapp said they will have a better idea of where they are at and what direction they need to go.

RouteShout, FastCAT's mobil application, may be helpful in increasing ridership numbers once it is fully working. The application uses a GPS service to track the busses and show all the routes. While the GPS service is not functioning yet, Sapp said they switched carriers in order to iron out the kinks. Once working, the application will be helpful in showing students where the closest bus is.

FastCAT runs seven days a week. The route has 24 stops, with a bus every at each stop every 15 minutes. FastCAT stops by the residence halls, classes, downtown entertainment and Stephens College. Passes are available at the Columbia Transit Offices.