Faster Internet in Rural Areas of Missouri and Illinois 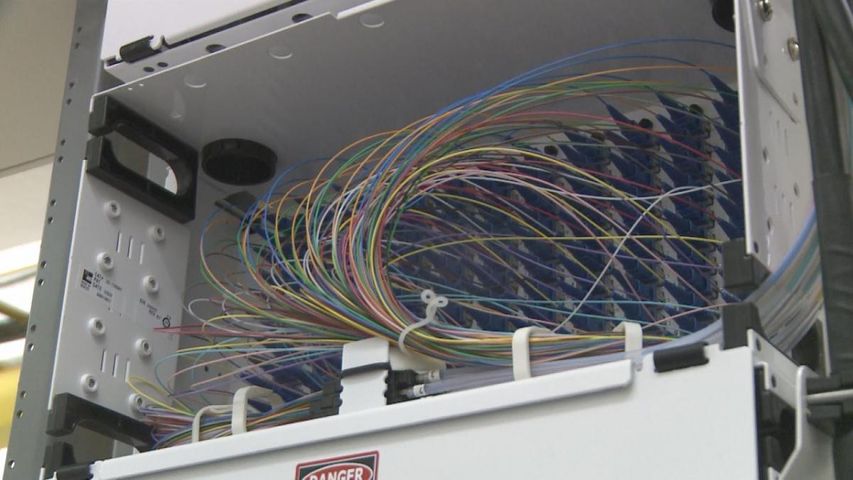 COLUMBIA - Bluebird Network is a telecommunications company that provides 6,000 miles of high-speed broadband and fiber connections across rural areas in Missouri and Illinois.

"So many times you're using our network and you won't even know it," President and CEO of Bluebird Network, Michael C. Morey said.

Bluebird Network received the largest federal grant in Missouri to work on a project, which it finished in late August.

"We got $45 million from the federal government and we built about 1,300 miles of fiber optic in northern rural Missouri," Morey said. "Perhaps many of your viewers tonight, if they are watching cable television, it is possible that some of it is provided by this new stimulus network funded by the government."

The Missouri Research and Education Network (MOREnet) is a long-term customer of Bluebird Network.

"Our numbers' growth has been between 30-40% annually for quite some period and without investments that Bluebird has made, we wouldn't be able to keep up with our users' demands," Gillispie said. "We have to have greater and greater capacity to meet the needs of our customers in the future."

MoDOT is also a Bluebird customer for the past three years.

Mike Miller, assistant director of information systems, said he sees a big change in Internet connectivity prior to MoDOT's partnership with Bluebird.

"We think it's a win-win for us," Miller said. "We got service, we got very good bandwidth and in exhcange, citizens of the state of Missouri also get access to high-speed bandwidth."

Miller also said it is always better to have higher speed.

"We would anticipate that next year, we might actually ask for higher speed," Miller said.

"This doesn't necessarily go directly to them, but for instance, their local service provider may be getting access to Bluebird, and therefore, allowing more access," Morey said. "You pick up your cellphone and make a call somehwere along the freeway, and many times, they connect to a fiber optic network, which many times, that fiber optic network is ours."

Morey also said Bluebird plans to continue to grow its fiber network to have a deeper penetration in Missouri, Illinois and also edge out to the surrounding states.