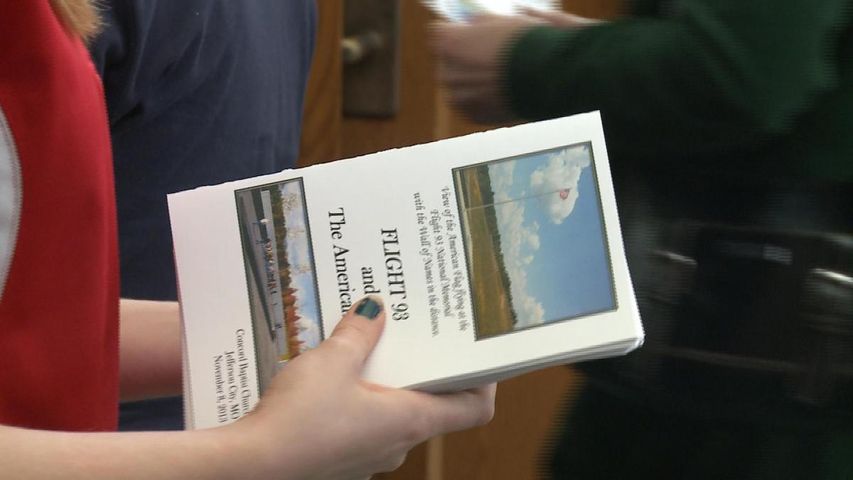 JEFFERSON CITY - "Let's Roll" were the last words David Beamer heard his son, Todd, say before his son and other passengers overtook the hijackers on United Flight 93 on Sept. 11, 2001. David Beamer spoke about his son's sacrifice at the Concord Baptist Church Friday.

He said it is important to remember the sacrifice Americans, like his son, made to protect others.

"What these men and women do and have done is to preserve what we've got," David Beamer said.

Beamer also said he was not surprised by his son's heroic final actions.

"What he did that day, and the 39 other free people on the United Flight 93. No it didn't surprise me because they recognized the reality of the situation and they did something about it," Beamer said.

The event also honored other veterans, raised money for U.S. service men and women and inspired younger generations. Brooke Thompson, a junior at Jefferson City High School, said listening to the stories of veterans made her thankful.

"It was just really inspiring and it just fills your heart to know there are people out there who care so much about this country and will take action when needed," Thompson said.