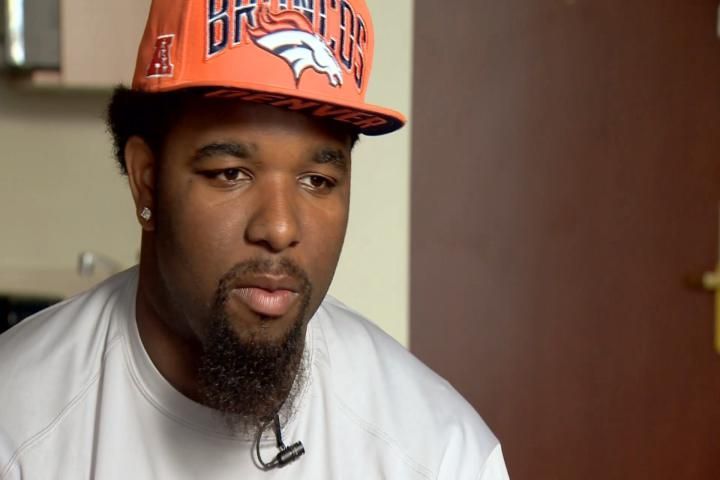 JEFFERSON CITY -  Some take the long road to reach their dreams. For Sylvester Williams, it was a road full of obstacles.

Today marks his first Father's Day as an NFL rookie.

Williams grew up with three older sisters and a younger brother under the supervision of his father, Sylvester Williams Sr. and his aunt, Clarinda Hutson. Williams' mother Melanie Carter found herself in and out of drug rehab for most of his childhood.

"Back then, we was both on drugs...So she decided that she wanted to go a different way. And I took the kids," said Williams Sr.

Williams moved from St. Louis to Jefferson City just in time to start high school. Sylvester Sr. checked into rehab, and things were looking up, at least until his sophomore year at Jefferson City High School. Williams Jr. was expelled for missing too many classes.

"When they kicked me out of school my sophomore year, the principal told me to my face 'I think it's best for you to go and get your GED,'" said the younger Williams.

Williams Jr. made a change. He got back into the classroom, and decided to listen to his father by giving football a try. Taking the football field in high school was one of the first steps Sylvester Williams Jr. took into turning his life around. He started off playing in front of just a few thousand people at Adkins Stadium. Little did he know, he would have the chance to play in front of more than 70,000 fans.

Williams played only one year of varsity football for the Jefferson City Jays in the fall of 2007, and his high school career was anything but spectacular. Chad Masters was the defensive line coach for Jefferson City that year.

"He was just real raw," said Masters. "I mean everything was just raw. He never played before. He comes out and he's bigger than most of the people who are on the field at the time. And he had that, like I said, that base athleticism to him that was just there. But he didn't know what to do with it at that point."

Williams earned a starting spot for only one game in high school, on September 21st, 2007, when Jefferson City went up against the Rockhurst Hawklets. The Jays' defense gave up 55 points that night.

Williams graduated high school and followed in his father's footsteps. He got a job at Modine Manufacturing working nights, making car radiator parts for $400 a week.

Williams then decided to give football another try. He walked onto the team at Coffeyville Community College in Kansas. In 2010, he had 52 tackles, two sacks and five blocked kicks. Williams then earned a scholarship to the University of North Carolina. Two years later, he was named First-Team All ACC. And then, in the 2013 NFL Draft, the Denver Broncos selected Williams in the first round with the 28th overall pick in the draft. He accomplished all this under the direction of a father who loves the game, but not as much as he loves his children.

"Most fathers usually run out on their kids or choose not to raise their kids. But my father actually fought to raise us. He fought to keep us in his life. He did everything he could to help raise us and make us have a good life," said Williams Jr.

When asked how he felt when his son's name was called on draft night, Williams Sr. replied, "That's my name. He just took that road. What I couldn't get, he got it for me."

William's took the long road to reach his dream. And now the finish line is in sight.