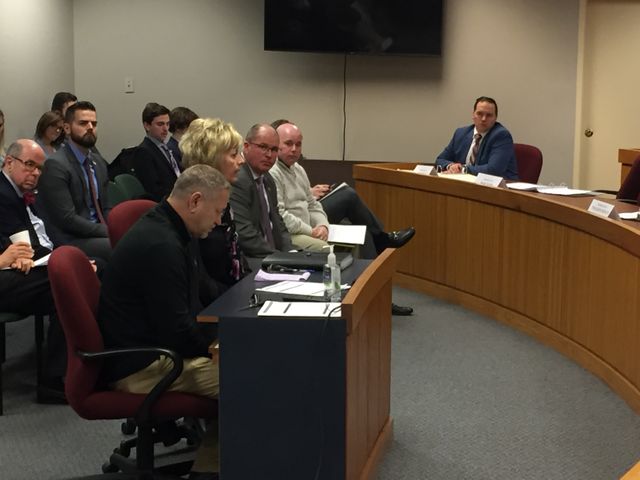 JEFFERSON CITY - A family is fighting to make sure what happened after their son died never happens again.

Jay Minor testified at a hearing in the Capitol on Tuesday for a bill that would update the training coroners have to go through.

His son, Jayke Minor died in 2011 and the Howard County Coroner said the cause of death was a drug overdose. But Jay Minor said that couldn't be the case and the coroner jumped to conclusions and was not actually qualified to do the job.

Jay Minor said the coroner, Frank Flaspohler, didn't adequately investigate because Jayke Minor had a record of drug use. Jay Minor said toxicology reports show his son only had marijuana in his system.

A KOMU 8 Target 8 investigation showed it wasn't the only discrepancy between police reports and Flaspohler's write-up.

"We have had a tragic path of many mistakes and discrepancies in coroner’s reports and toxicology reports," Jay Minor said.

In 2018, Jay Minor, with the help of the Missouri Coroners' and Medical Examiners' Association and lawmakers, tried to get a bill passed that would increase the standard for what make a coroner qualified.

The bill stalled in the Senate, but this year Minor thinks there is a chance, and he has people supporting him.

“When I have had colleagues of this profession tell me that they see the problems, they understand, they want to help, that’s what’s gotten me through this, I wouldn't be able to do it without them," he said.

One of those people is Saline County Coroner and Missouri Coroners' and Medical Examiners' Association board member, Willie Harlow.

"When you hear one story, especially like the Minor story, if that doesn't tell you that something has to be done, that the system has to be changed then nothing will," he said. "Our association sees that there is need for change.”

“Many of the statutes related to the office of corner had not been updated for 80 years," he said.

Harlow said he hopes to see the bill pass, and he sees it as a way to move on.

“We are an association and an elected office that has been held back into the 1920s and its time that we move into the 21st century,” he said.

Minor said a change is needed to "make sure this doesn't happen to any other person in the state of Missouri, that they would have to go through what we’ve gone through."

Minor said he knows he will never have closure in his son's death.

“I’ve come to realize I will never have those answers, and I have to accept that and learn to cope with that," he said.