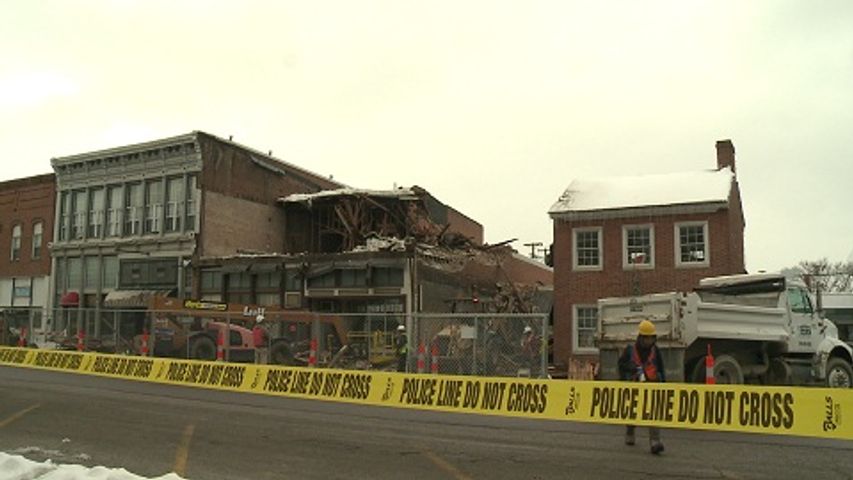 FAYETTE - Missouri Route 240 in Fayette between Davis and Morrison Streets was clear enough on Friday to allow two-way traffic.  Part of the road was blocked by debris after a building collapsed a few days earlier.

Fayette officials said a combination of structural weakness and too much snow from recent snowstorms lead to the second floor collapsing. There were no injuries, as the floor was vacant.

Fayette building inspector Angie Malone said the building might not be completely lost.

"They're going to try to save the first story of the building. They did some shoring this morning on the inside. They're trying to take the weight of the second story off the first story," Malone said.

But owner of not-for-profit business Endless Options Debra Miller says she doesn't think the space she rents out can be saved.

"We've been watching as the roof comes down. I expect that we won't be able to work out of that building anymore," Miller said.

Despite this setback, Miller says she isn't deterred and plans to be back in operation next week.

"We're looking for other locations that we can work out temporarily. We have quite a bit of recycling we do for the local trash/waste management company. So, we need to get up and running. Lot of people are depending on us," said Miller.

Angie Malone told KOMU 8 News that neither she nor the contractors clearing the debris has any estimate yet on when cleanup will be complete.