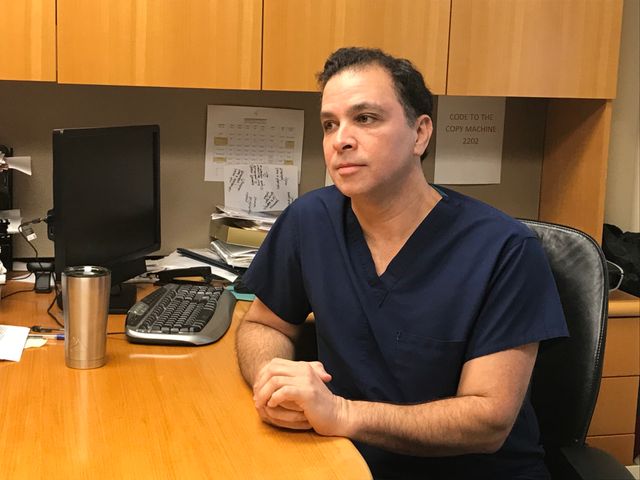 COLUMBIA - Men and women between the ages of 27 and 45 will now be able to get the HPV vaccination, after the FDA changed its guidelines.

HPV, or the human papillomavirus, is a group of viruses, some of which can lead to cancer.

The Gardasil 9 vaccine will now protect against nine HPV types instead of four.

Mark Hunter, Division Director of the Gynecologic Oncology Clinic at the University Hospital, said it is important for older adults to get the vaccine, even if it is more effective in young people.

He says things like divorce play a role in the spread of the virus.

"The reality of the situation is that many people in this day and age are getting divorced. So what happens to the forty year old who maybe had the same partner since high school and now they're dating again," Hunter said.

He also said it is important for parents to start thinking about giving their kids the vaccine.

"They're very cautious about giving a vaccine, for instance, for a sexually transmitted disease to your nine-year-old. Nobody wants to think about the fact that they're going to be an adult or consider the fact that the immune response is so much better as a child," he said.

According to a press release from the FDA, the CDC reporters about 14 million Americans become infected with HPV each year.

Out of that, 12,000 women are diagnosed with cervical cancer. However, exposure can also cause men to get cancer in areas like their throat and mouth.

Scott Ward, a 56-year-old Fulton resident, had a form of throat cancer his doctors believed was caused by exposure to the virus.

He had surgery and chemo as a result of his cancer.

Ward now works to spread information about the virus. He says men need to consider getting vaccinated.

"I am a strong advocate for the HPV because I didn't even worry about it being a male. That's a thing that women have, cervical cancer, stuff like that," Ward said.

"The big thing is most people did not know that there is a vaccination for boys."

Ward said older adults should consider getting the vaccination as well.

"Even me, if say I was 35 years old, this happened to me, I would still get the vaccination because they took care of this type of cancer, but I still may have another one lurking somewhere in my body," he said.

Ward said even thought the vaccination is not a guarantee, having the protection means a better piece of mind.