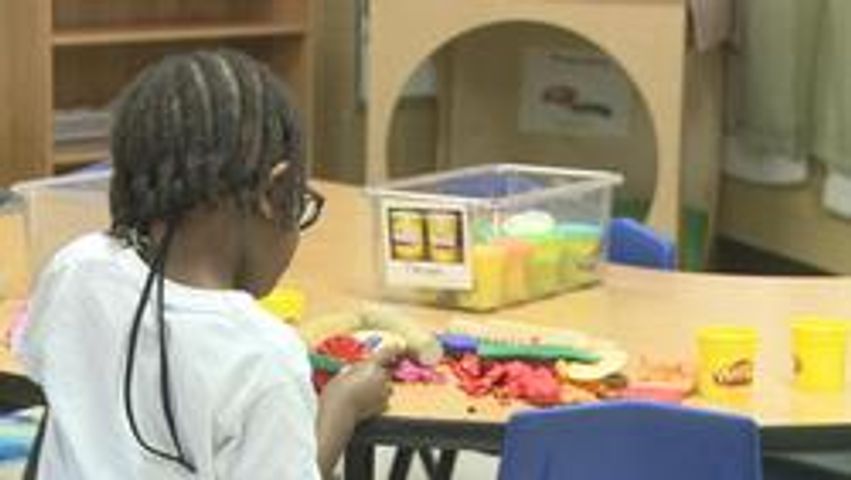 COLUMBIA - This school year the Head Start program looks a little different. That's because 45 pre-school aged children had to be cut from Boone County classrooms due to sequestration. A $400 million federal budget cut is the cause of the decreased amount of children in Head Start classrooms.

Head Start is a federally and state funded program that offers educational and social services, as well as meals to children from low-income families. After being notified of the budget cuts Central Missouri Community Action, the organization that oversees eight different mid-Missouri counties with Head Start programs, had to quickly put together a plan to use the left over money wisely.

"Obviously our first priority are those kids affected by the situation at hand. We made changes to make sure that other students aren't left out of our services," said Melissa Chambers, director of Early Head Start.

Rachel Boss, the mother of two Head Start attendees, has relied on the program for a number of years. Her daughter, now a first grader, had a speech articulation issue when she was younger. Boss explains that she couldn't afford to pay for a private pre-school that would not give her daughter the proper help she needed.

Instead, she turned to Head Start.

"She had two speech therapy sessions each week with a Columbia Public School certified speech therapist that helped her tremendously," said Boss.

But once her daughter graduated the Head Start program, her youngest son had developed a similar problem.

"He developed the same speech articulation issue that his sister had, so I was faced with another obstacle as far as treatment for him," said Boss.

Boss filled out an application form for her son and went through the interview process again, but was denied access to the program until this year.

"Columbia has such a high need for Head Start, that we normally have a long waiting list. Each child is selected into our programs based on need, so it changes every year how many kids make it off the waiting list," said Chambers.

The budget cuts mean that more than 57,000 children nation wide were eliminated from Head Start classrooms this year. Missouri students turned away from the program average around 1,500 heads, while 105 students could not enroll in Head Start programs over eight mid-Missouri counties that the CMCA oversees.

Although Boss wasn't directly affected by the results of sequestration this year, she understands the situation that other parents are going through.

"Luckily, we weren't affected by the major cut to classroom numbers this year, but I know what it's like to be told your child can't enroll. It's really difficult when I can see the need first hand," said Boss.

Chambers explains that the families who were notified of the cuts this year understood the situation.

"It's very, very difficult to have to explain that we understand what's going on, but we aren't able to provide services to your child right now," said Chambers.

For Head Start parents like Rachel Boss, the program is a necessary part of her every day life.

"Honesty, I'm scared that Columbia will be next on the block. I'm a single mother with a part time job and no benefits, so this is really the only way for him to get the help that he needs," said Boss.