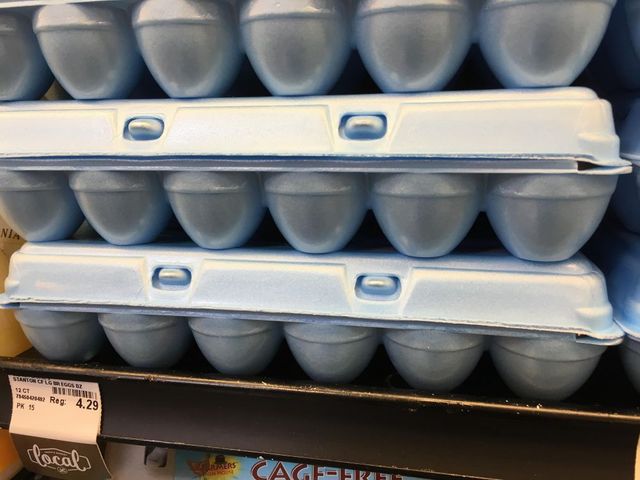 According to a federal court, not what consumers think they do.

In a decision released in late February by the 9th U.S. Circuit Court of Appeals, the court determined cage-free eggs are not more nutritious and do not carry a lower risk of Salmonella contamination than eggs from caged hens.

Animal rights groups Compassion Over Killing and the Animal Legal Defense Fund made those claims in a lawsuit, calling for mandatory egg carton labels disclosing production practices, like the use of cages to house laying hens.

Defendents in the case included the U.S. Department of Agriculture, the Food and Drug Administration and the Federal Trade Commission, each of which exercises some oversight of food product labeling.

Although the court ruling denied that cage-free eggs are safer or more nutritious, some consumers and animal advocates say cage-free designations are still an indicator of better animal welfare.

Cage-free hens are often still raised indoors, but they are generally given more space to roost and roam and, like the name implies, are not confined to cages.

"You can have poorly raised cage-free and superbly raised conventional birds, poorly raised backyard flocks and absolutely excellent backyard farms," Manhart said. "The clue is in the management, and the label doesn't really tell you that."

McDonald's, Walmart and a host of the nation's largest food and grocery businesses have announced commitments to source only cage-free eggs by 2025.

Now, U.S. egg producers must scramble to meet the expected spike in cage-free egg demand. Converting conventional operations to cage-free systems is expected to cost farmers up to $10 billion. In total, the U.S. egg industry is valued at $10 billion per year.

Dustin Stanton, operator of Stanton Brothers Eggs in Centralia, said he chose to begin his cage-free farm to fill a niche, consumer-driven market.

He said he sees a place for both cage-free and conventional operations in the marketplace.

"We have to be very careful in the choices we make so we can feed the rest of the world, too," Stanton said. "We are the breadbasket for the world. As a whole, I think it should be left to consumers' choice. The farmers and producers should be able to do what they want to do, and then when we get to the store, have the consumers choose what they want."