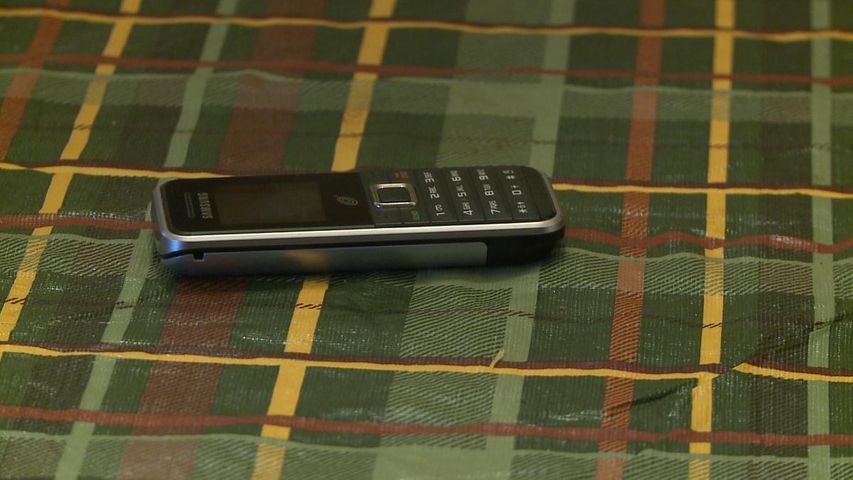 MARSHALL - Cynthia Wheeler is a Marshall resident and Lifeline program participant who said she uses the phone provided to her by Safelink Wireless when the bills for her regular cell phone are too high.

"I just got my phone turned back on, because, I mean, I can't really afford it every month. But when I do, I try to keep minutes on my phone. But this one comes in handy, so if I don't have the money, it does come in handy for myself and my kids," she said.

She said since she doesn't have a land line phone, the Lifeline service allows her to reach her children when she is out.

"If my kids needs to get a hold of me, they can use it if I'm not home. I leave it at the house, so it's there if they need it," she said.

"We review the documentation as proof of eligibility to show that they're able to apply for Lifeline assistance, as required by federal guidelines," Assurance Wireless Public Relations Manager Jack Pflanz said.

He also said having a program like the Lifeline is important for people to get by during tough economic times.

"We are currently in an economy where millions of people are unemployed and looking for work, to support their families. You know, millions of people are struggling to make ends meet right now. The program helps people to get back on their feet and recover from this really difficult economic time," he said in a phone interview with KOMU 8 News.

To participate in the program, consumers must have an income that is at or below 135 percent of the federal poverty guidelines or participate in a qualifying state, federal or tribal assistance program.

But recent investigations have uncovered that there are many people across the country using the system to get a free cell phone depite the fact they do not qualify.

David Ray is a Columbia resident who said he met two people at a music festival in Mississippi whom he claimed only wanted to talk to him about how they cheated the free cell phone system.

"They were calling in and saying that, reporting that the cell phone did not work, and getting as many free cell phones that they could possibly get to actually abuse the system," he said.

According to the FCC, federal rules prohibit eligible low-income consumers from receiving more than one Lifeline discount per household. An eligible consumer may receive a discount on either a wired or wireless service, but not both. A consumer whose household currently is receiving more than one Lifeline service must select a single Lifeline provider and contact the other provider to de-enroll from their program.

Wheeler said she would hope one day the program will expand to allow customers to have more than one cell phone and plan.

"A couple different phones would be real convenient. One is better than none, but two would be even better."

The Lifeline program is funded by what's called the Universal Service Fund, which taxpayers contribute to through charges on their wireless and land line phone bills.

Several people took to the KOMU 8 Facebook page to express their concerns about paying for this system, expressing frustrations for "having to pay for people to have these luxuries while they struggle to pay their own cell phone bills." But many others said they think a program like this should exist, and taxpayers should be the ones to help out.

"I think they should definitely help in a situation like that because people who are on food stamps, are on Medicare, i think this is something that would help them because clearly, you know, if they qualify for those things, they probably can't qualify or have the money to pay for a cell phone," Columbia resident Elizabeth Palmieri told KOMU 8 News.

And even David Ray, who was so vocal about those who abuse the system, said he thinks it's up to the taxpayers to lend a helping hand.

"That is part and parcel of society to help be your brother's keeper. if you want a big piece of the pie, you pay more taxes and you help the poor people," he said.

Senator Claire McCaskill is working with other officials in Washington to put an end to the free phone program.

"There's just no reason this program should continue, given its history of extensive waste and abuse. My aim is to set us on a path to bring an end to these subsidies and better protect taxpayer dollars," she said in a statement sent to KOMU 8 News.

The Lifeline program has recently been referred to as the "Obama Phone" program, even though the program itself was started under the Reagan administration. Since 1985, the Lifeline program has provided a discount on phone service for qualifying low-income consumers on land line phones and phone plans. In 2005, under the Bush administration, Lifeline discounts were made available to qualifying low-income consumers on pre-paid wireless service plans in addition to traditional land line service.