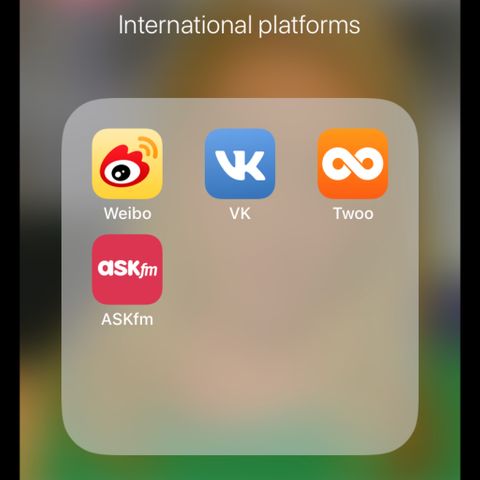 COLUMBIA - A new proposal released by the U.S. Department of State Friday pushes for tighter screening of would-be visitors to the country.

The proposal says the department would require future nonimmigrant visa applicants to provide their social media usernames during the application process.

Nonimmigrant visas are issued to foreign nationals seeking to enter the country on a temporary basis, such as business visitors, visiting scholars, international students, temporary workers and tourists, according to U.S. Customs and Border Protection.

The proposal says if it is approved by the Office of Management and Budget, a new question would appear on the application asking applicants to reveal the identities they’ve used in the past five years on a list of social media platforms.

“The Department will collect this information from visa applicants for identity resolution and vetting purposes based on statutory visa eligibility standards,” the proposal says.

Columbia resident Glenn Dietzel identifies himself as a conservative Army veteran. He said he is not a racist, but has been proud to be a part of the "Make America Great Again" movement.

He said in a Twitter message to KOMU 8 News, “You can tell a lot from a person’s social media [like] who they are trying to connect with.”

Rafiqul Islam Rana is a graduate student at MU and the president of the Bangladesh Student Association. He came to the U.S. in 2016 on a student visa. He said he agrees stricter social media screening may help the government prevent potential terrorist threats, but he thinks the method should only be used in special cases.

“It’s a case by case basis. If they see the need that, ‘Okay, we need to have some more information on this applicant,’” he said. “Now they are trying to generalize the whole process, which is kind of problematic. It should not be generalized, be imposed to everyone.”

He said the existing DS-160 application and in-person interviews already allow for comprehensive background checks, and that social media is not the best place to vet someone’s history.

“We use social media in different languages, too,” he said. “So, the possibility that the government can misinterpret some of the languages when translating to English? [If that happens,] they might not have the chance to come to the USA for study, tourism, education, medical purposes.”

He said social media isn’t used by everyone around the world.

“I’m from an Asian country. I don’t know about the USA, but my parents, they don’t have social media. How do you judge them?” he said.

“Trying to collect all these data on all these applicants, and if it falls into the wrong hands, it could be misused - this information,” he said.

Rachel Taylor is a Kansas City native and now lives in Columbia. She is the secretary of Race Matters, Friends. She said the proposal’s vague language and failure to outline a detailed social media evaluation criteria could be used to discriminate against people.

“Should they be careful posting online, wondering if the government will see what they post?” she said. “And I don’t think that it benefits our society to have an atmosphere of government repression and what you have to be afraid of government reprisals.”

She said the passage of the proposal would push America toward greater isolationism.

“If we pretty much threaten people that they won’t be able to come to our country if we don’t like what they say online, then we won’t be exposed to different ideas from around the world,” she said. “Things like ideas and learning and studying that’s really important here with our institutions of higher learning, but it also affects our ability to innovate and compete in trade and technological innovation.”

Taylor said although nonimmigrant visa holders are not citizens, they should also benefit from free speech rights.

“The principle of freedom of speech is not based on American citizenship,” she said. “It’s based on universal ideas, espoused by the people who wrote the Bill of Rights that free speech creates a society in which innovation, kindness and nurturing is possible.”

Rana said mid-Missouri has been a “welcoming place” to him and he doesn’t want the State Department to change that.

“I would just say that the government and the Department of State they need to come up with a more practical, more efficient way to do it,” he said. “We want to feel safe when in social media to express our opinion. Now, after this law, people will be afraid to go to social media and talk about their opinion.”

According to the proposal, the public has 60 days starting Friday, March 30 to comment on the change before the department submits it to the Office of Management and Budget for approval.

Comments can be emailed to PRA_BurdenComments@state.gov.