Feds 'Turn Out the Lights' on Incandescent Bulbs 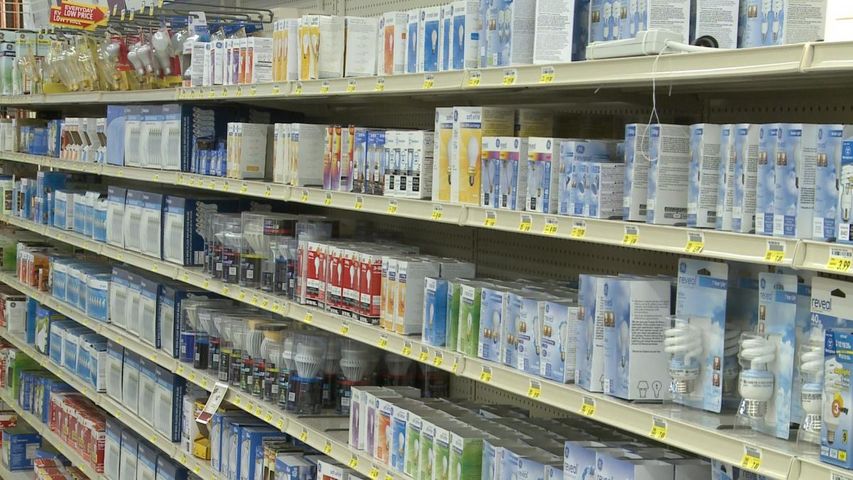 COLUMBIA - As 2014 begins, the lights will be turned out on production of some bulbs.

Incandescent light bulbs with 40-watt and 60-watt output will cease production on January 1, 2014. The two types of bulbs join the 75 and 100-watt bulbs that were knocked off the production line over the past two years. In 2007, former President George W. Bush signed a federal energy bill to phase out all incandescent bulbs by 2014.

According to light bulb manufacturer Osram Sylvania, four in ten consumers are unaware of the new law ridding the bulbs.

Incandescent bulbs date back to the inventor of the bulb, Thomas Edison, back in the nineteenth century. Experts say the bulbs are inefficient because 90-percent of the energy goes toward heat and 10-percent to light.

They say newer, energy-efficient bulbs will cost consumers more, but the bulbs also last longer and can save on energy costs in the long run.

Stores are still allowed to sell the remaining stock of incandescent bulbs.

At Columbia's Westlake Ace Hardware, floor manager Peter Xain said the store is prepared to continue to sell incandescent bulbs for about a year. Xain suggests taking it one bulb at a time when making the transition to different bulbs.

"Replace them one at a time. You don't have to do it all at once," said Xain. "Decide what color temperature, so it will be consistent across your house. Look at the different color temperatures and decide if you want the soft white still, a bright white, or a daylight bulb."

LED bulbs will cost consumers the most at the store, but will save on an energy bill. LED bulbs run between $10 and $20.

Fluorescent bulbs are a cheaper alternative to LED bulbs, and will also save on an energy bill. The bulbs are good with ceiling fans, which can handle vibrations well.

The other option is to stay with incandescents until stock runs out. That option is still the cheapest at the register, but will cost the most on an energy bill.